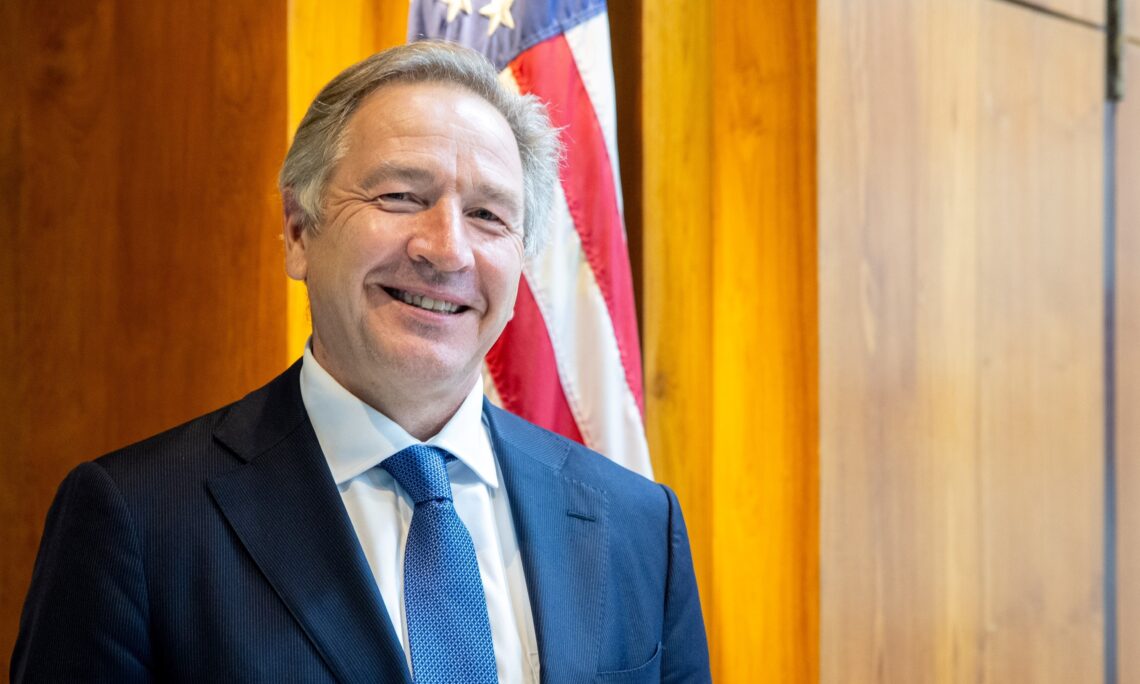 Kolkata, September 20: Mr. Adrian Pratt has assumed the position of the Director of the American Center Kolkata, and the Public Affairs Officer (PAO) of the U.S. Consulate General in Kolkata, as of September 20, 2021, succeeding former Director and PAO Ms. Monica Shie.

“I am honored to be back in India, and representing the United States of America here in East and Northeast India,” said Mr. Pratt. “I look forward to engaging with the people and learning more about their heritage and culture and to advancing the U.S.-India partnership in the region.”

Mr. Pratt comes to Kolkata after serving two one-year tours as Public Affairs Officer in Erbil, Iraq. Prior tours include The Hague, New Delhi, and Wellington, New Zealand. Before joining the U.S. State Department, Adrian worked for 20 years in newspapers, as reporter, editor and publisher. His family spent about six years in Bangalore in the 1980s, where his father worked for Madurai Coats. He is married to Amy, who will be the new Community Liaison Officer at the U.S. Consulate General Kolkata. They have two grown children, Morgan, 25, and Ewan, 21.