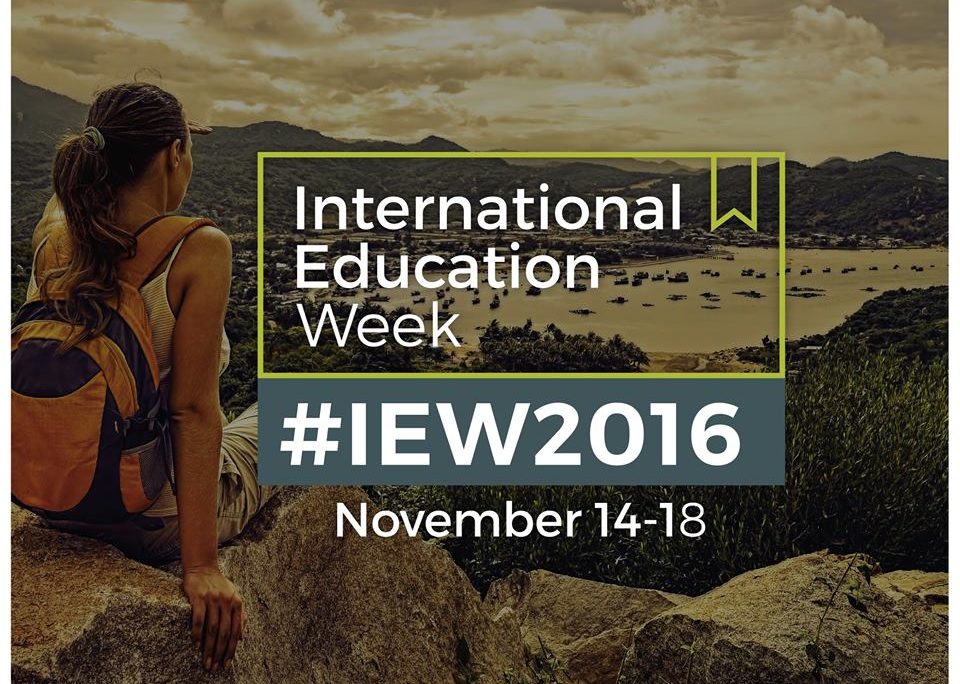 An increasing number of students are crossing the globe to gain practical, international experience that they can apply in their careers and life in a global society. The 2016 Open Doors Report on International Educational Exchange, released today, finds that the number of international students at U.S. colleges and universities surpassed one million for the first time during the 2015-16 academic year—an increase of seven percent from the previous year to a new high of nearly 1,044,000, representing five percent of the total student population at U.S. institutions.  This strong growth confirms that the United States remains the destination of choice in higher education.

The United States hosts more of the world’s 4.5 million globally mobile college and university students than any other country in the world, more than double the number hosted by the United Kingdom, the second leading host country. In 2015-16, there were nearly 69,000 more international students in U.S. higher education compared to the previous year. The Open Doors® report is published annually by the Institute of International Education in partnership with the U.S. Department of State’s Bureau of Educational and Cultural Affairs.

The new report indicates there were a record 165,918 students from India, a 25% increase on the year before, making it the 2nd leading country of origin among international students in the United States. This was the highest absolute increase of students ever and followed the previous year’s record growth.

“Higher education continues to be the bedrock of our people to people ties. More students from India studied in the United States than ever before – at all levels – and I am especially pleased to see the record back-to-back, year-on-year growth in student numbers,” said U.S. Ambassador Richard R. Verma.  He continued, “With efforts such as our Passport to India initiative, we are also seeing the number of American students in India beginning to grow.”

India accounts for one out of every six international students in the United States. Approximately three-fifths of Indian students are at the graduate level and three-fourths are in the STEM fields (science, technology, engineering, and mathematics).

Open Doors also reports that more than 313,000 U.S. students received credit last year for study abroad during 2014-15, an increase of nearly three percent over the previous year. India is ranked 13th among the top 25 destinations of U.S. study abroad. The number of U.S. students going to India to study for academic credit at their home university in the United States decreased by 3.2 percent to 4,438, although this number has remained relatively flat across the last five years at 4,500.

To mark International Education Week, the U.S. Embassy is rolling out a series of short social media videos with Indians who have returned from studies in the United States and highlighting the activities of its seven EducationUSA centers in country.  The Consulates are “Bringing Education to You” through a series of outreach events partnering with chambers of commerce, local universities, television stations, and other diplomatic missions. The U.S. Embassy’s Foreign Commercial Service has a trade mission of twenty U.S. higher education institutions visiting Kathmandu, New Delhi, Kolkata and Thiruvananthapuram from November 14-19, including university fairs in each city.

“We need to empower more of America’s future leaders to experience the world beyond our borders,” said Evan Ryan, Assistant Secretary of State for Educational and Cultural Affairs at the U.S. Department of State. “International education helps people develop the knowledge and skills needed to succeed in today’s global economy, and creates networks across borders that improve international understanding and strengthen the national security of the United States.”

“The Open Doors findings show that international students value the quality, diversity and strong reputation of U.S. institutions and recognize that these institutions will give them opportunities that can help them not only in their education but also in their careers,” said IIE President Allan Goodman.  “At the Institute of International Education, we believe American colleges and universities offer a premiere education and valuable training to students from around the globe and that students from other nations also teach us a lot about the world we share. The more we can open doors to other cultures for our students, the better off our country and our world will be.”

Open Doors is published by the Institute of International Education, an independent not-for-profit organization with a network of 19 offices and affiliates worldwide and over 1,400 member institutions. IIE designs and implements programs of study and training for students, educators, young professionals and trainees from all sectors with funding from government agencies, foundations, and corporations. IIE has conducted an annual statistical survey of the international students in the United States since its founding in 1919 and in partnership with the U.S. Department of State’s Bureau of Educational and Cultural Affairs since 1972. Open Doors also reports on the number of international scholars at U.S. universities; international students enrolled in pre-academic Intensive English Programs; and on U.S. students studying abroad. Further details on the Open Doors 2016 surveys and their findings is on the Open Doors website, and the full 100+ page report will be available in January and can be ordered from IIE Books.

The Bureau of Educational and Cultural Affairs (ECA) of the U.S. Department of State builds relations between the people of the United States and the people of other countries through academic, cultural, sports, professional and private sector exchanges, as well as public-private partnerships and mentoring programs. Approximately 50,000 participants annually embark on these exchange programs, including the flagship Fulbright Program and the International Visitor Leadership Program. ECA also sponsors the Benjamin A. Gilman Scholarships for U.S. undergraduates with financial need, the Critical Language Scholarship Program in support of U.S. foreign language study abroad, and the EducationUSA network of over 400 advising centers worldwide, which provides information to students around the globe who wish to study in the United States. For more information on the Department of State’s educational and cultural exchange activities, visit eca.state.gov or contact ECA-Press@state.gov.

EducationUSA is located across India in Ahmedabad, Bangalore, Chennai, Delhi, Hyderabad, Kolkata, and Mumbai. EducationUSA India also provides support to students in and from Bhutan. Free information regarding U.S. higher studies and application process are available at the EducationUSA Centers and through the toll free number 1-800-103-1231, Monday to Friday, from 2:00-5:00 pm. EducationUSA offers free webinars every Friday at 4:00 PM at http://bit.ly/1u5QUDX.