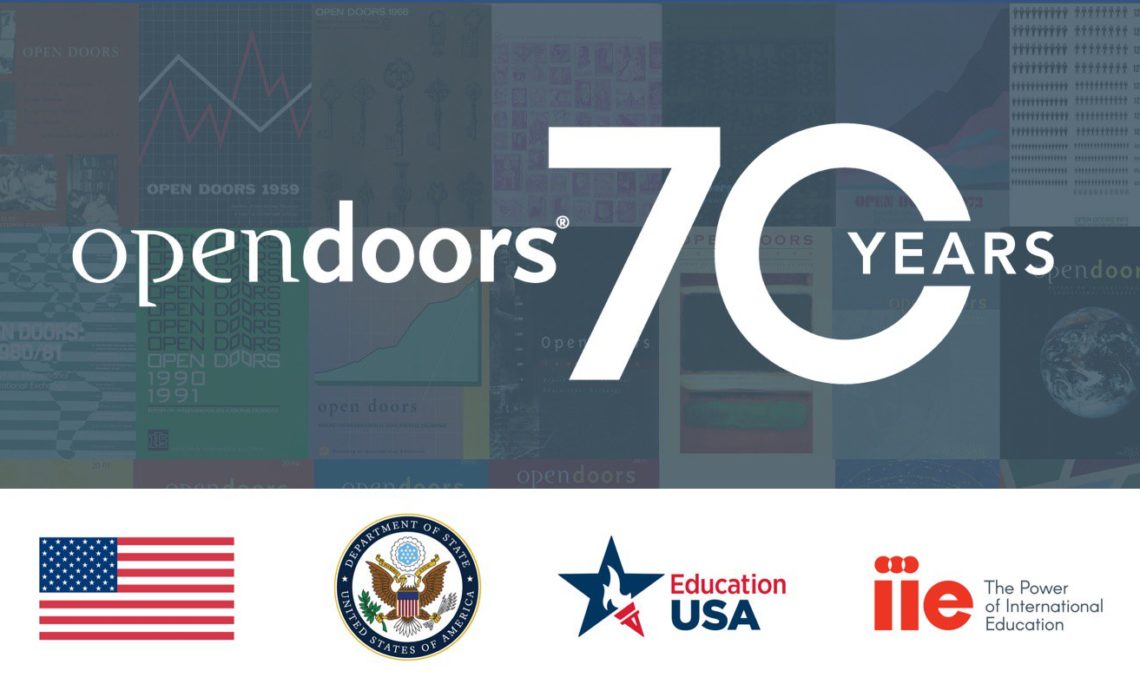 New Delhi, November 18, 2019 – The number of Indians studying in the United States increased by almost three percent over the last year to 202,014, according to the 2019 Open Doors Report on International Educational Exchange, released today.  This marks the sixth consecutive year that the total number of Indians pursuing their higher education in the United States has grown.

Speaking at the United States India Educational Foundation (USIEF), the U.S. Embassy’s Minister Counselor for Consular Affairs Charisse Phillips said, “Student exchanges between our two countries help strengthen the foundation upon which our strategic partnership is built. Indian students are looking for a great education and the United States offers the best return on this investment.”

Per the report, Indians make up over 18 percent of all international students in the United States.  India provided the second highest number of graduate students and jumped up to third place in undergraduates.

Karl Adam, First Secretary, Cultural Affairs, added, “Our system of education offers practical application and experience which gives any graduate an advantage in the job market. We want to help Indian students with credible and official information on studying in the United States and that’s why we have seven EducationUSA advising centers across India and a free mobile app called EducationUSA India now available on iOS and Android.”

Open Doors is published by the Institute of International Education (IIE), which has conducted an annual statistical survey on international students in the United States since its founding in 1919 and in partnership with the U.S. Department of State’s Bureau of Educational and Cultural Affairs since 1972.  Open Doors also reports on the number of international scholars at U.S. universities and international students enrolled in pre-academic Intensive English Programs.  Further details on the Open Doors 2019 surveys and their findings is on the Open Doors website.  The full 100+ page report will be available in January and can be ordered from IIE Books.  For more data, infographics and resources visit www.iie.org/OpenDoors.

About the fall 2019 online survey

About the U.S. Department of State Bureau of Educational and Cultural Affairs

The Bureau of Educational and Cultural Affairs (ECA) of the U.S. Department of State builds relations between the people of the United States and the people of other countries through academic, cultural, sports, professional and private sector exchanges, as well as public-private partnerships and mentoring programs.  Approximately 50,000 participants annually embark on these exchange programs, including the flagship Fulbright Program and the International Visitor Leadership Program.  ECA also sponsors the Benjamin A. Gilman Scholarships for U.S. undergraduates with financial need, the Critical Language Scholarship Program in support of U.S. foreign language study abroad, and the EducationUSA network of over 400 advising centers worldwide, which provides information to students around the globe who wish to study in the United States.  For more information on the Department of State’s educational and cultural exchange activities, visit eca.state.gov.

The Institute of International Education works to build more peaceful and equitable societies by advancing scholarship, building economies and promoting access to opportunity.  As a not-for-profit organization with 19 offices and affiliates worldwide, IIE collaborates with a range of corporate, government and foundation partners across the globe to design and manage scholarship, study abroad, workforce training, and leadership development programs.  Its Generation Study Abroad initiative aims to double the number of Americans studying abroad by 2020, while its International Academic Partnerships Program among others, help academic institutions establish global networks for the exchange of students, faculty and researchers.  Visit www.iie.org.

EducationUSA is a U.S. Department of State network of over 430 international student advising centers in 178 countries and territories. The network promotes U.S. higher education to students around the world by offering accurate, comprehensive, and current information about opportunities to study at accredited postsecondary institutions in the United States. EducationUSA also provides services to the U.S. higher education community to help institutional leaders meet their recruitment and campus internationalization goals. EducationUSA is the official source on U.S. higher education. In India there are 7 EducationUSA advising centers. USIEF hosts centers in New Delhi, Mumbai, Hyderabad, Chennai and Kolkata. The center in Bangalore is hosted by Yashna Trust and the one Ahmedabad is hosted by IAES.