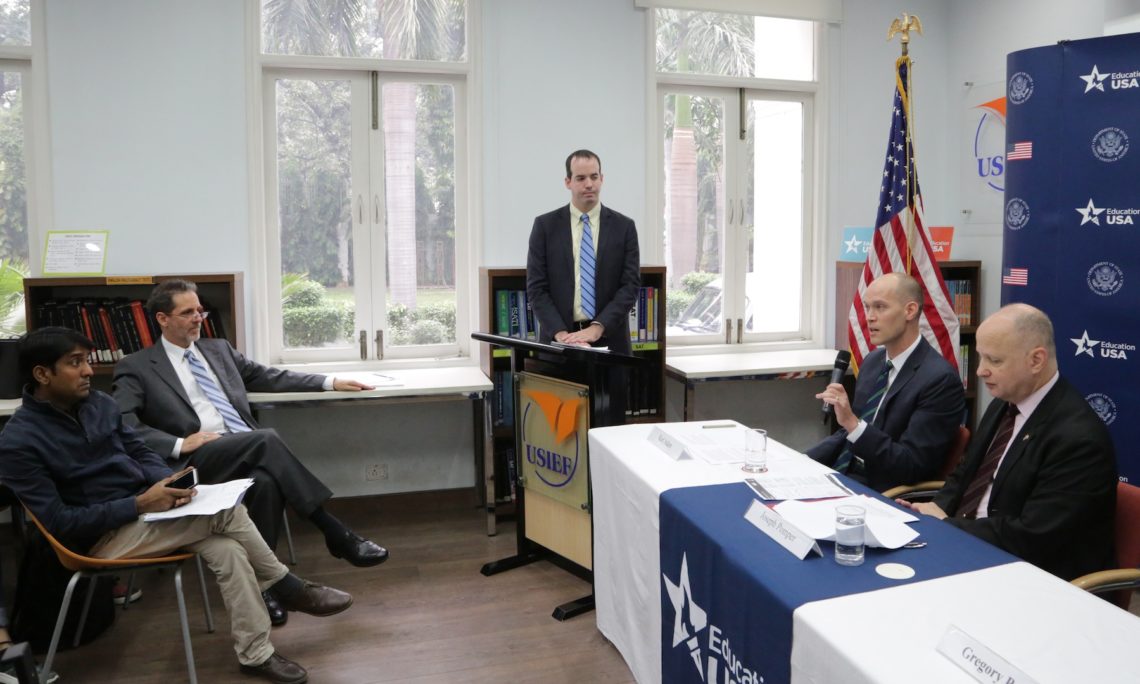 Speaking at the U.S.-Indian Educational Foundation (USIEF), Minister Counselor for Consular Affairs Joseph Pomper said, “Looking at the past 10 years of data, the number of Indians going to the United States has doubled. The reasons are clear: Indian students are looking for a great education and the United States continues to offer this.”

Mr. Pomper also stated that the Embassy continues to see well qualified Indians applying to study in the United States as well as record attendance at U.S. university fairs held across the country.

Per the report, Indians make up nearly 18 percent of all international students in the United States, surpassed only by China. India provided the second highest amount of graduate students and fourth-most undergraduates. Also of note, the number of American students studying in India increased to 4,704 – 12.5 percent more than the year before.

“I am thrilled to see a significant increase in the number of American university students choosing India as a study abroad destination,” said Adam Grotsky, Director of USIEF. “At USIEF, we believe that student exchange programs are one of the best ways to foster meaningful relationships and promote mutual understanding between American and Indian citizens.”

In 2017-18, U.S. colleges and universities hosted more than one million international students for the third consecutive year. This marks the twelfth consecutive year of continued expansion.