Home मुखपृष्ठ | News & Events | Monica Shie takes over as the American Center Director and Public Affairs Officer at the U.S. Consulate in Kolkata 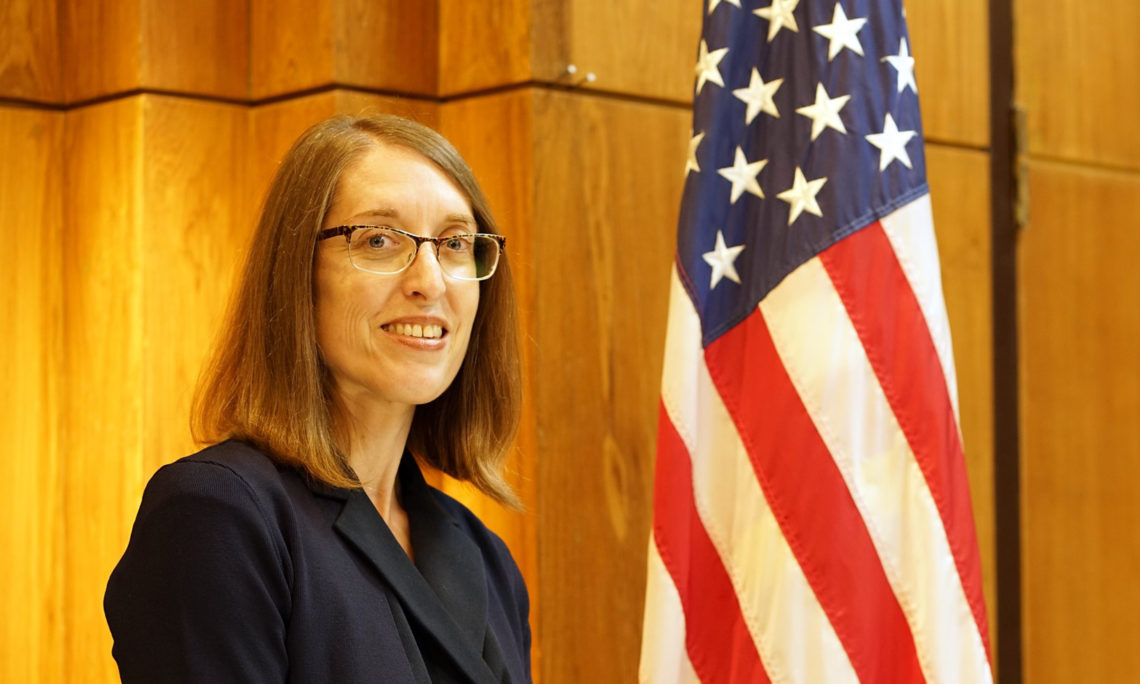 Kolkata, July 29, 2019 – Monica Shie is the new American Center Director and Public Affairs Officer at the U.S. Consulate in Kolkata. She has recently arrived from New York, where she served both in the Office of International Visitors and at the New York Foreign Press Center, co-located at the U.S. Mission to the United Nations. Ms. Shie has also served at the U.S. Embassy Dhaka and the U.S. Embassy New Delhi, as well as the U.S. Department of State’s Bureau of South and Central Asian Affairs in Washington. Prior to joining the Foreign Service, Ms. Shie taught language and literature at public schools and universities in New York, Burma, Cambodia, and Thailand. Ms. Shie holds a Master’s degree from Teachers College, Columbia University and a Bachelor’s degree in English literature from Miami University in Ohio. She is accompanied to post by her 13-year-old daughter.

Ms. Shie said, “I am thrilled to be back in India representing the United States here in Kolkata and in the East and Northeast. I look forward to meeting people across the Kolkata consular district and advancing the U.S.-India relationship.”