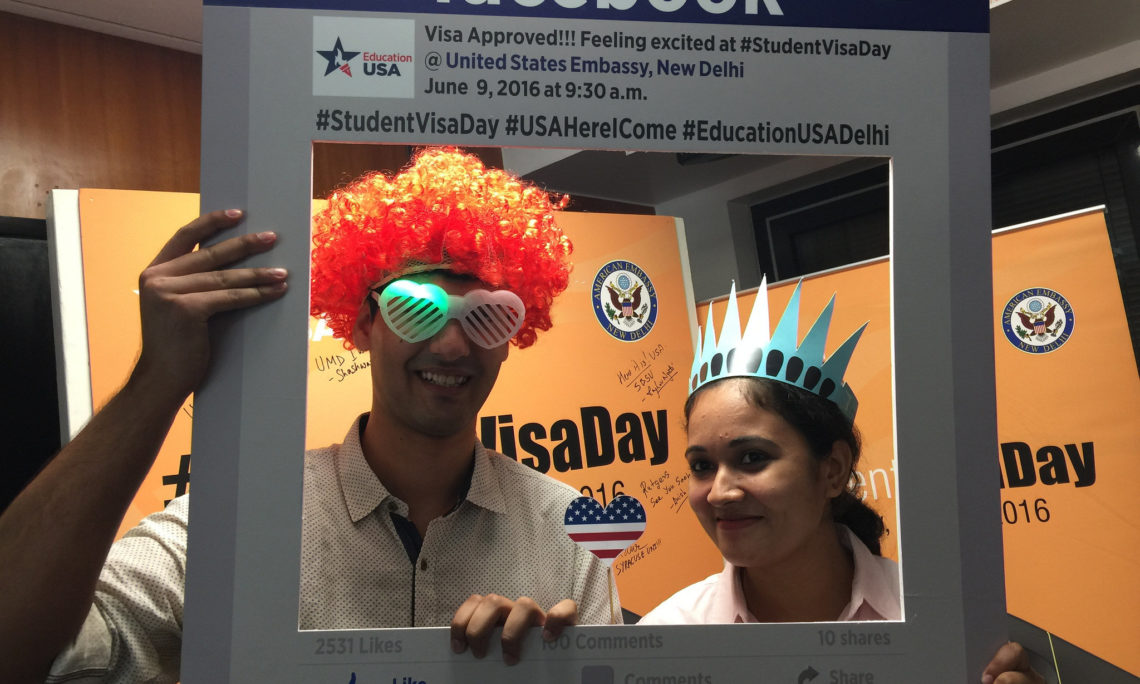 The U.S. Embassy in New Delhi, and its Consulates General in Chennai, Hyderabad, Kolkata, and Mumbai, opened their doors today to more than 4,000 Indian students who applied for visas to pursue higher education in the United States.  Chargé d’Affaires, a.i. Michael Pelletier and Consuls General throughout India congratulated the day’s visa recipients who are becoming members of the U.S. higher education community.

Currently, 132,000 Indian students are enrolled in U.S. institutions of higher education, making them the second largest group of foreign students in the United States after China.  U.S. student visa applications are up 29 percent across India over the previous year.

The U.S. Mission to India welcomed Student Visa Day applicants in an informative and festive atmosphere with visa sections decorated with university material and Consular officers in alma mater apparel.  Some consulates had guest alumni speakers, while others had photo booths or a special lunch for the applicants.  Representatives from the Consular and Public Affairs sections and our EducationUSA partners – the official source of accurate, current, and comprehensive information on higher education in the United States – were on hand to provide insights and answer questions about student life in the United States.   This year, the U.S. Mission also launched a survey of student visa recipients to learn more about awareness and use of the seven EducationUSA centers in India.

#StudentVisaDay is an annual event organized by the U.S. Mission to India to celebrate the people-to-people educational ties that are the bedrock of our bilateral relationship as recognized by Prime Minister Modi and President Obama in their recent joint statement.