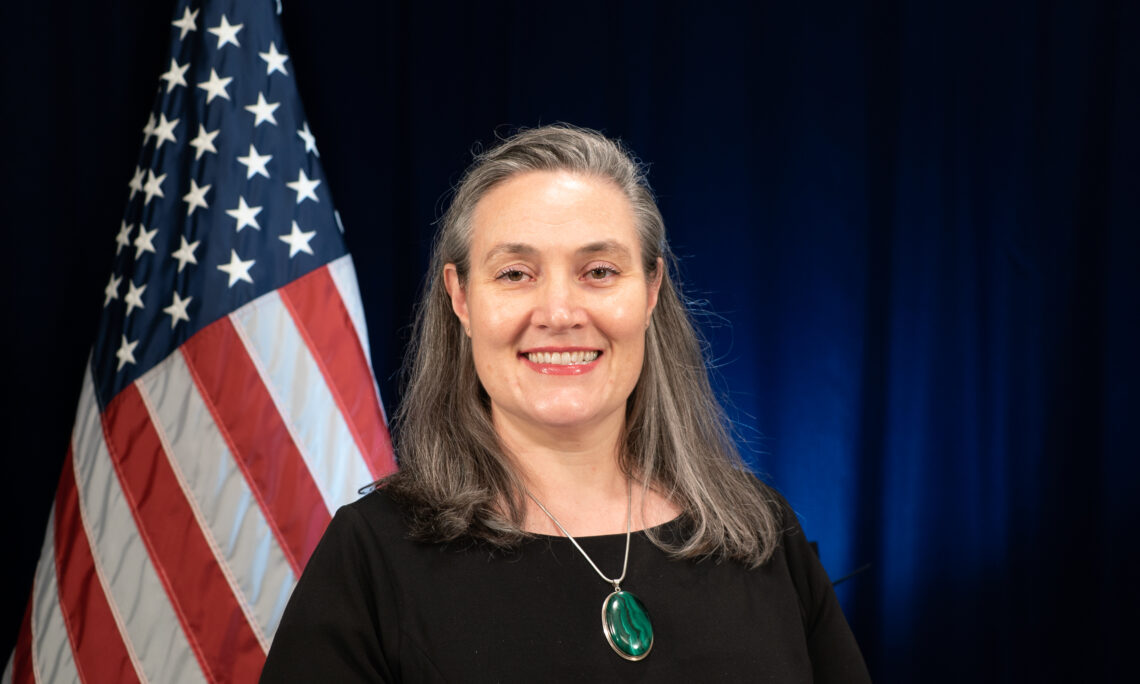 KOLKATA, August 13:  Ms. Melinda Pavek has assumed the post of Consul General of the United States of America for the Kolkata Consular District as of August 12, 2021, succeeding former Consul General Ms Patti Hoffman.

As the Consul General in Kolkata, Ms. Pavek is responsible for advancing U.S.-India relations in the consular jurisdiction covering West Bengal, Bihar, Jharkhand, Sikkim, and the seven northeastern states.

“I am honored to be representing the United States of America here in East and Northeast India,” said Consul General Pavek. “I look forward to meeting people across my consular district and continuing the work of the U.S. Consulate Kolkata in advancing the U.S.-India partnership in the region.”

Immediately prior to coming to Kolkata, Consul General Pavek was the Counselor for Science, Innovation, and Development at the U.S. Embassy in Tokyo.  Previously, Ms Pavek was the Supervisory General Service Officer at the U.S. Embassy Islamabad in Pakistan, and Deputy Chief of Mission at the U.S. Embassy Bandar Seri Begawan, Brunei.  She also served overseas in Nepal (Kathmandu), Jamaica (Kingston), Iraq (Baghdad), and Pakistan (Lahore), as well as on domestic assignment in Washington, D.C. as Special Assistant to the Assistant Secretary for Administration.  Consul General Pavek joined the U.S. Department of State in 2004.

Originally from Minnesota, Consul General Pavek is now a resident of Wyoming.  She holds a Master’s degree in Business Administration (MBA) in Operations, Supply Chain, and Strategy from the Carlson School of Management at the University of Minnesota.  She also holds a Bachelor of Arts degree from Augustana College (Rock Island, Illinois) in Political Science, Economics, and Asian Studies.