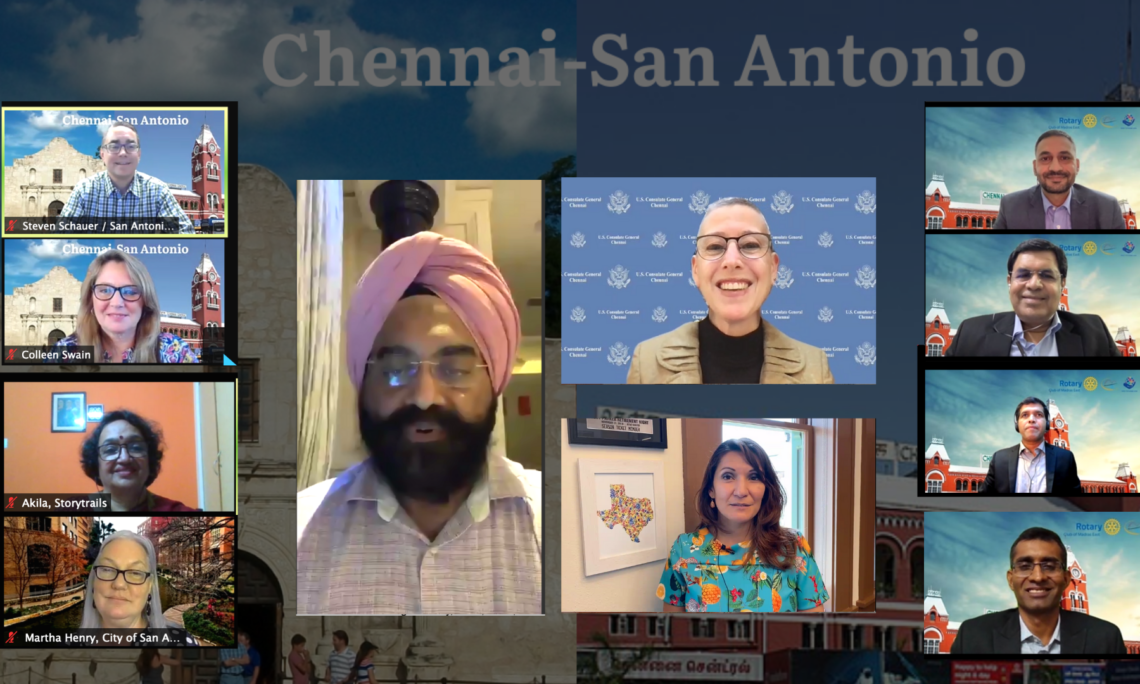 Welcoming representatives from both sister cities, U.S. Consul General in Chennai Judith Ravin said: “The virtual presentation on historic landmarks of San Antonio and Chennai is a gateway within the framework of their collaborative and robust San Antonio-Chennai Sister City relationship.”

Colleen Swain, Director of San Antonio World Heritage Office said: “Both Chennai and San Antonio are members of the UNESCO Creative Cities Network – Chennai for its music and San Antonio for its gastronomy. Yet, our similarities go beyond how both cities have stayed true to our history and heritage; both are thriving tourist destinations and top-ranked cities to live in.”

Steven Schauer, Director of San Antonio River Authority added: “San Antonio and Chennai share a special affinity for their waterways. As stewards of the 385 km-long San Antonio River, we promote nature-based solutions to slow and filter excess rainwater to reduce flooding and improve water quality. We also inspire residents of all ages to take action in their communities towards sustainability, and we provide for recreational use and public art opportunities along its course. I look forward to learning about how Chennai and San Antonio might cooperate in the future.”

About the Chennai-San Antonio Sister City Initiative: At a White House conference in 1956, President Dwight D. Eisenhower launched Sister Cities International, a people-to-people initiative founded on the belief that creating bonds between peoples around the world promotes peace, goodwill, understanding, and prosperity through citizen diplomacy. Sister Cities International, now the world’s largest citizen diplomacy network, works to create a more peaceful and prosperous future through community-led global relations. The Chennai-San Antonio Sister City agreement was signed on February 27, 2008, and laid the foundation for significant economic and cultural exchanges in areas such as commerce, health, education, and technology. Although the Chennai-San Antonio Sister City initiative is an official partnership between the governments of the two cities, the strength and vitality of a long-term association rests in the hands of citizen volunteers, participants, and partnerships.