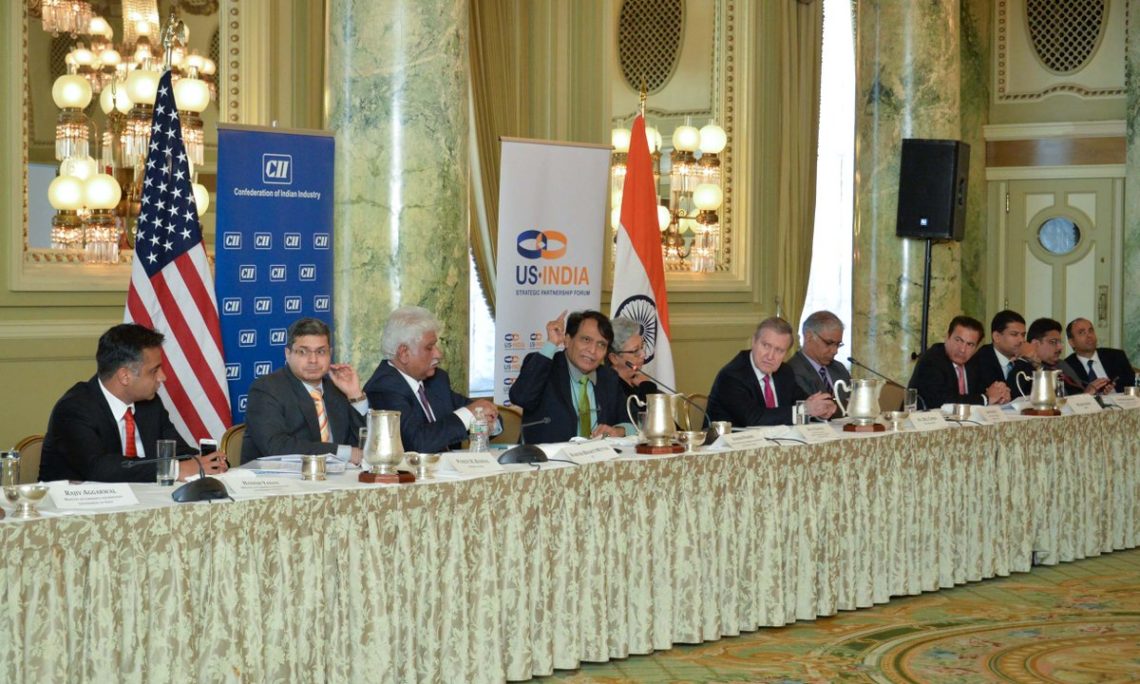 On October 27, Secretary of Commerce Wilbur Ross and Minister of Commerce and Industry Suresh Prabhu met to discuss the U.S.-India commercial relationship and launch their first session of the U.S.-India Commercial Dialogue. Upon noting the impressive three-fold increase in total U.S.-India trade since 2005, both sides affirmed the significant strategic and economic importance of the U.S.-India relationship in promoting joint economic growth, job creation, and prosperity. While highlighting many areas of progress, both principals also noted the need to lower barriers and committed to make meaningful progress to unlock new trade and investment opportunities for U.S. and Indian businesses.

Recognizing Progress in the Commercial Relationship

During their meeting, Secretary Ross and Minister Prabhu reviewed progress to date under the U.S.-India commercial relationship, including cooperation in the areas of standards, ease of doing business, and travel and tourism. In standards, they noted positive outcomes from holding best practices exchanges between the National Institute of Standards and Technology (NIST), the Bureau of Indian Standards (BIS), and India’s National Physical Laboratory (NPL). They also expressed appreciation regarding their departments’ implementation of an ongoing series of Ease of Doing Business webinars to introduce U.S. and Indian companies to commercial opportunities in each other’s markets. In travel and tourism, Secretary Ross and Minister Prabhu highlighted successful outcomes from the U.S.-India Travel and Tourism Partnership Year, including an Aviation Connectivity Roundtable last February. Secretary Ross and Minister Prabhu also applauded the launch of the first private sector led U.S.-India Innovation Forum in August 2016 and look forward to Ivanka Trump leading the U.S. delegation to the Global Entrepreneurship Summit in Hyderabad in November.

While acknowledging significant areas of progress in the commercial relationship, both principals also shared candid feedback on a range of market access issues that can be addressed to expand trade and investment opportunities. Secretary Ross highlighted the potential to enhance trade by lowering tariff and non-tariff barriers and committing to the use of international standards. While recognizing the reforms that India has undertaken to simplify tax and bankruptcy procedures for industry, he indicated that greater effort in this direction would ensure a more meaningful and balanced trade relationship. Minister Prabhu appreciated the growing strategic and economic relationship between India and the United States. Emphasizing the liberalization measures undertaken in India, he reaffirmed his government’s commitment to make India a favored investment destination.

Looking forward, Secretary Ross and Minister Prabhu shared views on areas that are ripe for future collaboration. Both principals highlighted plans to host a joint Tour Operator Roundtable in mid-November to facilitate discussion between U.S. and Indian tour operators regarding opportunities and challenges in the U.S.-India travel and tourism market. They also noted NIST’s plans to host an NPL delegation in December to share best practices in metrology, the development of reference materials, and conformity assessments. Additionally, Secretary Ross highlighted the Department of Commerce’s plans to lead a Smart Grid and Energy Storage Business Development Mission to India in March 2018 in order to facilitate commercial partnerships in India’s energy market.

Recognizing the vital importance of strong institutional linkages and government-to-government engagement, Secretary Ross and Minister Prabhu committed to holding the next U.S.-India Commercial Dialogue in 2018. They agreed to focus the Commercial Dialogue discussions on the three topics of Standards, Business Climate and Investment, and Travel and Tourism, and committed to strive for meaningful progress in these areas over the next year. Both principals also committed to holding the next U.S.-India CEO Forum meeting in 2018.

Following their meeting, the U.S. and Indian governments kicked off the U.S.-India Commercial Dialogue, which featured a public-private discussion centered on the theme of standards cooperation under Phase II of the U.S.-India Standards and Conformance Cooperation Program (SCCP). The SCCP is funded by the U.S. Trade and Development Agency to facilitate best practices exchanges on standards, conformity assessment procedures, and technical regulations that underpin U.S.-India trade. Through a series of workshops to be held in India, SCCP will bring together the American National Standards Institute (ANSI), the Confederation of Indian Industry (CII), and other public and private stakeholders of both countries to discuss areas of mutual interest to U.S. and India industry. The SCCP also supports an ANSI and CII initiative to update and expand the content of the existing U.S.-India Standards Portal, an online resource that provides information on standards and conformance systems in the United States and India.