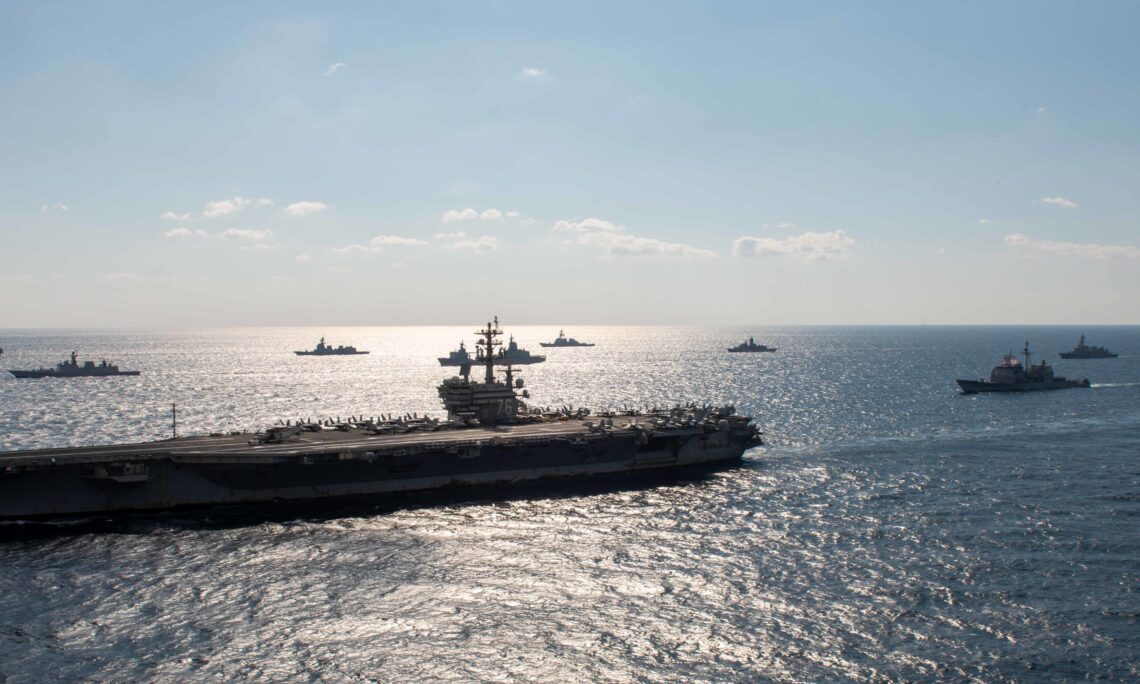 This year marks the 26th iteration of the Malabar series of exercises, which began in 1992 between the United States and India. The exercise has evolved in scope and partnerships and now includes Japan and Australia. This is the third time that all four nations have participated in Malabar to advance the collective planning, integration and employment of advanced warfare tactics between participating nations.

“This exercise represents an outstanding opportunity for our like-minded maritime forces to work together, demonstrating our shared commitment to the region and collaborative approach toward security and stability,” said Rear Adm. Michael Donnelly, Commander Task Force 70 (CTF-70)/Carrier Strike Group Five (CSG 5). “Now, it is more important than ever for the forward-deployed Carrier Strike Group to work closely with other maritime forces and deter all who challenge a free and open Indo-Pacific.”

Australian, Indian, Japanese, and U.S. maritime forces routinely operate together in the Indo-Pacific, fostering a cooperative approach toward regional security and stability.

Japan is this year’s exercise lead. The Malabar planning and exercise lead rotates each year among participating nations, along with the exercise location to demonstrate the combined ability to exercise across the entire Western Pacific and Indian Ocean.

“Through this high-end tactical exercise, we were able to improve our tactical capabilities and strengthen cooperation with the U.S., India, and Australian navies, thereby contributing to the creation of a desirable security environment for Japan,” said Japan Maritime Self-Defense Force (JMSDF) Rear Adm. IKEUCHI Izuru, commander of Escort Flotilla 3, who was in charge of the unit commander on the Japan side. “I also believe that this exercise embodied the firm and united will of the four countries toward the realization of a “Free and Open Indo-Pacific.”

”Malabar 2022 provides another opportunity for the Indian Navy to enhance interoperability and mutual understanding with the participating navies in keeping with the national vision of security and growth for all in the region,” said an Indian Navy spokesperson.

“Participation in high-end maritime exercises, such as Exercise Malabar, demonstrates Australia’s commitment to working with strategic partners in the Indo-Pacific region,” said Rear Adm. Jonathan Earley, CSC, RAN, Commander of the Australian Fleet. “This exercise contributes to regional security by deepening professional relationships among India, Japan and the United States to build interoperability in the maritime domain.”