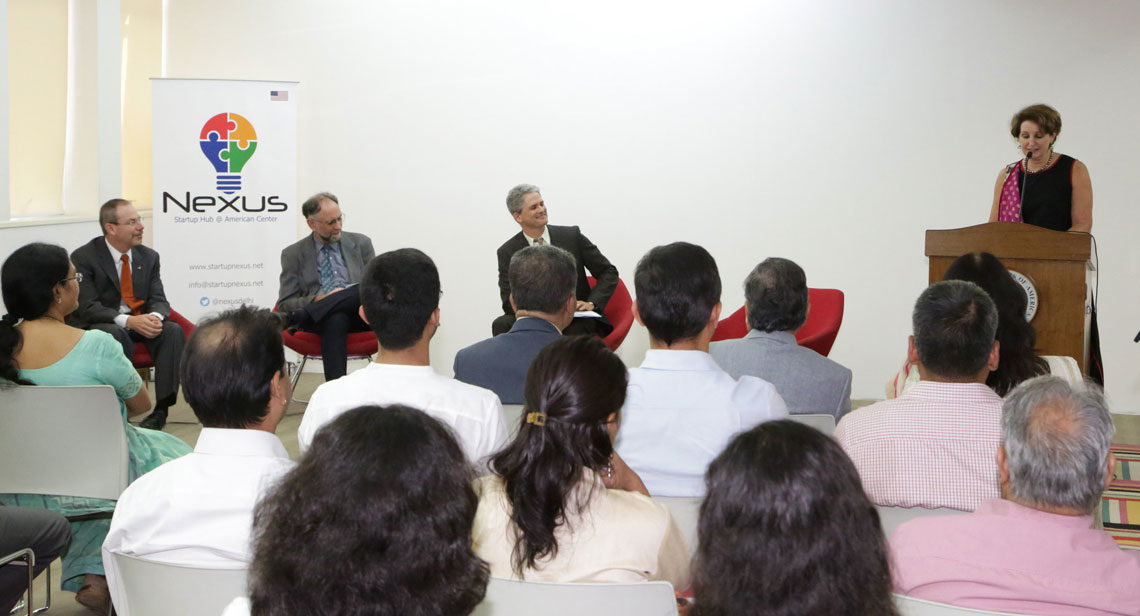 New Delhi — The Nexus Incubator, a collaboration between the University of Texas and the U.S. State Department graduated its first group of 10 startups on Friday, July 21. The Startups were chosen from over 113 applications from all over India, underwent an intense 10 week training program that featured workshops led by expert speakers and industry leaders from India and the United States. These startups represent a broad variety of industry sectors and have the potential to make a great contribution to an already thriving Indian entrepreneur climate.

“Nexus is really about demonstrating best practices in incubating startups and guiding entrepreneurs towards ultimate success in the business world” said Nexus director Erik Azulay, who moved to Delhi from Austin, Texas to set up and run the center. “We have brought the strongest players in the Indian ecosystem together to support startups on their road to commercialization – companies that we hope will contribute to economic prosperity in India and the United States. The Indian Angels Network, TiE, FICCI, Indian School of Business, The Department of Science and Technology, USAID and the American Chamber of Commerce (AmCham) are all coming together to show that a unified ecosystem is stronger and more productive for promoting entrepreneurial success.” He continued.
Several startups in the first group of startups have already been funded, including BigDeals, which is the first company to provide escrow services in the real estate market, and Dhakka Brakes, which invented a new regenerative brake system for rickshaw drivers.

“Nexus really helped us focus on our target customers and rethink our value proposition” says Big Deals CEO Ashwin Chawwla. “We revamped our pitch deck and got a great response from investors.”

The idea of an innovation hub and incubator originated with Craig Dicker, the Cultural Attache at the U.S. Embassy New Delhi. “America is known for its best practices in innovation and entrepreneurship and what better place to share that expertise than in India, which is in the midst of an explosion of entrepreneurial growth. Although India ranks 3rd in the world in number of startups, the innovation ecosystem in many cities, Delhi included, is very fragmented. Nexus is our way of bringing the various stakeholders together to work in a concerted way.”

With the success that its graduate companies have already had, Nexus and its partners are well on their way to achieving their goal of promoting a successful entrepreneurial partnership between the U.S. and India that will bring economic growth to both nations.