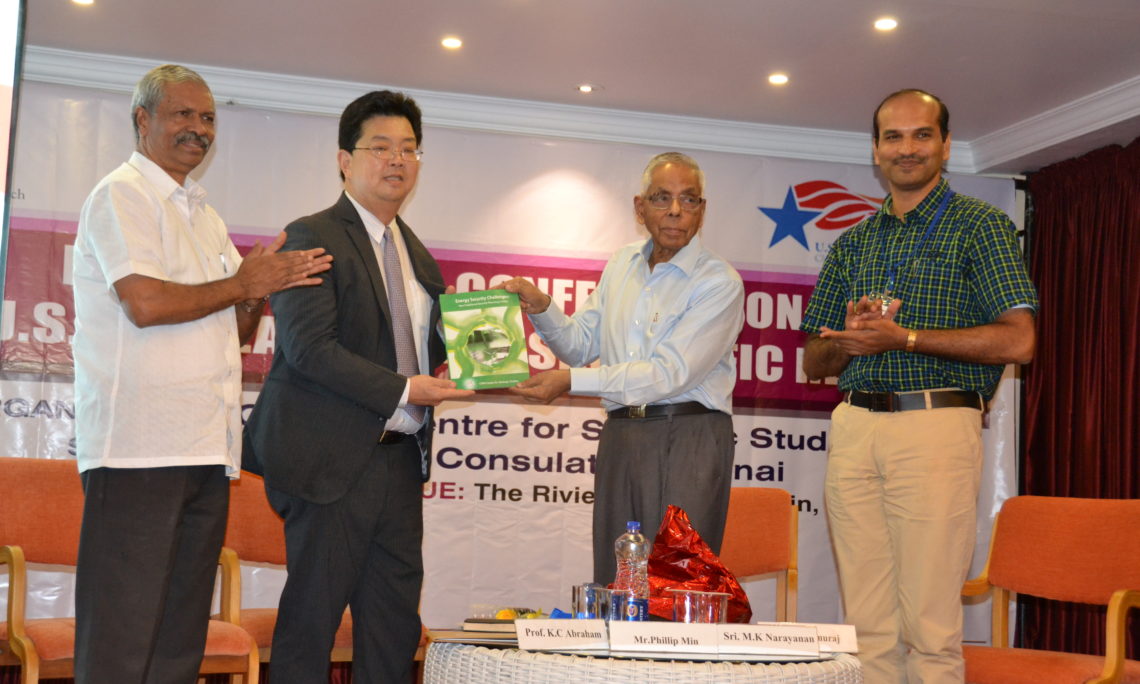 Consul General Min’s remarks focused on the United States’ and India’s shared interests in the Asia Pacific region and the potential for economic growth and integration.  “India’s Act East policy and our rebalance to Asia are complementary approaches based on our shared democratic values and respect for the stability and prosperity that the rules-based international system has brought to the world.  And as the United States implements our rebalance, we see India as a fundamental provider of economic growth and security across the region.”

President Obama and Prime Minister Modi looked to our shared interests in the region in the “U.S.-India Joint Strategic Vision for the Asia-Pacific and Indian Ocean Region” and committed to encouraging free trade and greater people-to-people linkages to support regional economic integration.  India’s ‘Act East Policy’ and the United States’ rebalance to Asia provide opportunities for India, the United States, and other Asia-Pacific countries to work closely to strengthen regional ties.  The U.S. Consulate General Chennai is focused on the shared effort to realize our joint goals and hosted the conference in association with Center for Public Policy Research.