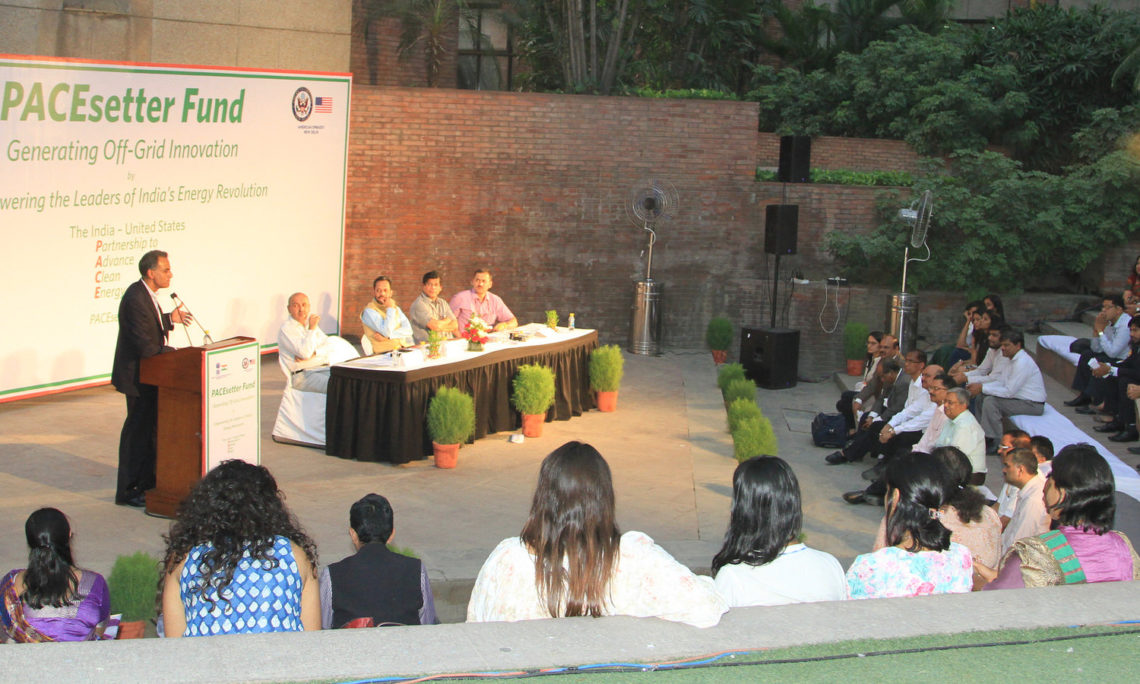 Today the Embassy of the United States of America and the Ministry of New and Renewable Energy announced grants to nine of India’s top clean energy innovators. The awards were funded through the PACEsetter Fund, a ₹50 crore (US$7.9 million) account maintained jointly between the two governments. PACEsetter Fund awards were given to projects focused on improving the commercial viability of off-grid renewable energy businesses and organizations. These best-in-class solutions are designed to bring clean and reliable electricity to India’s off-grid communities.

The outdoor ceremony at India Habitat Center was led by U.S. Ambassador Richard Verma and the Secretary for the Ministry of New and Renewable Energy Upendra Tripathy. These awards were the capstone of a nearly-one-year process of narrowing down a huge field of 146 applicants from all across the nation to just nine finalists. Secretary Tripathy and Ambassador Verma also joined together to announce round two of the PACEsetter Fund which will award another group of grantees in early 2017.

Ambassador Verma said “India has 300 million people without regular access to electricity, that’s almost the population of the United States. And finding innovative ways to deliver clean, renewable, power to them will benefit not just India but the entire world.”

The winning projects were:

For more information on the PACEsetter Fund and applying for the second round of funding please see: PACEsetterFund.org