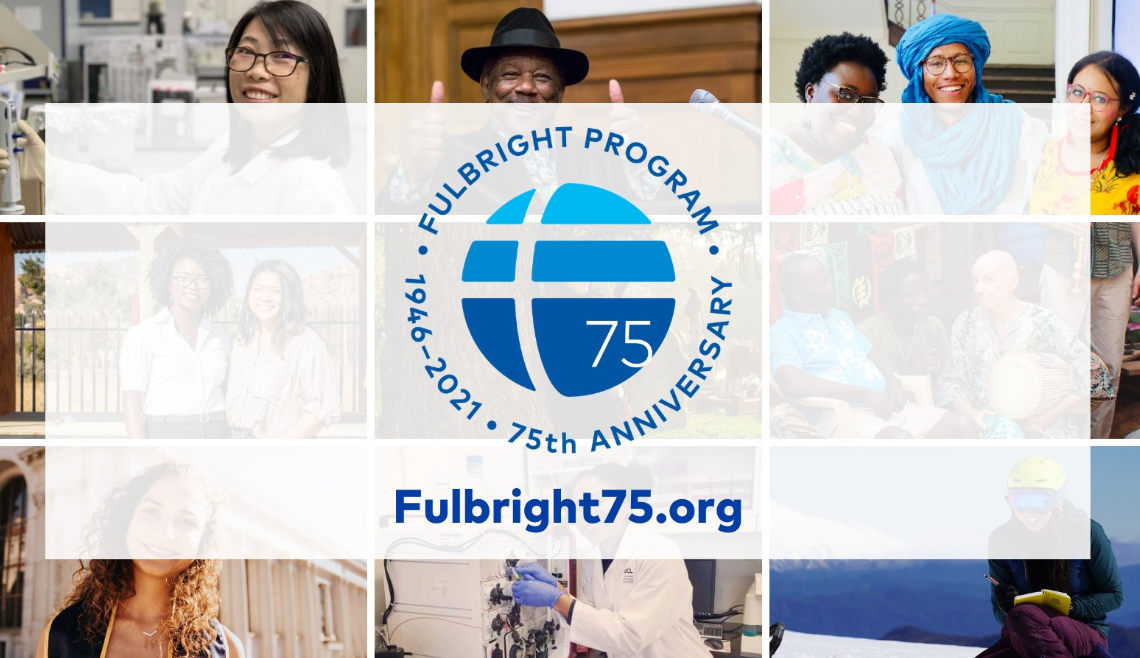 Alumni of the Fulbright Program with India were featured in a 75th Anniversary celebration on November 30 at the John F. Kennedy Center for the Performing Arts in Washington, DC.  The eventmarkedmany of the Fulbright Program’s accomplishments of the past 75 years and previewed the brightfuture of the U.S. government’s flagship educational and cultural exchange.Since the Fulbright Program’s inception in 1946, more than 400,000 talented and accomplished students, scholars, teachers, artists, and professionals of all backgrounds have participated, including 40 heads of state or government, 61 Nobel Prize Laureates, 75 MacArthur Foundation Fellows, 89 Pulitzer Prize Recipients, and 16 U.S. Presidential Medal of Freedom Recipients.

Joan Gabel, president of the University of Minnesota and formerprovostof the University of South Carolina attributed her impact in the field of public higher education to her Fulbright experience in India. Gabel said. “I really think my Fulbright experience has informed my presidency tremendously. I think it makes me better at this position, better on behalf of the University of Minnesota, which of course is a global high-impact institution — because I’m so much more aware of how different things can be, and how beautiful those differences can be, and how important it is to really appreciate those differences in the decisions we make and the strategies we implement.”

Two additional Fulbright India alumni who were highlighted in special tributes at the event were Wallace Shawn, an American actor, playwright, and author, and Barbara Crossette, an accomplished journalist.  Mr. Shawn, a 1965 Fulbright U.S. Student to India, is known for his film roles in My Dinner with Andre, Clueless, and The Princess Bride.  He is also a prominent voice actor featured in the Toy Story franchise and other Pixar films. Ms. Crossette, a 1981 Fulbright U.S. Scholar to India, is the United Nations Correspondent for The Nation. She previously wrote on international affairs and was the UN bureau chief for The New York Times. She is the author of several books on Asia and won the George Polk Award in 1992 for her coverage of the assassination of Rajiv Gandhi.

To commemorate the 75th anniversary this year, the United States-India Educational Foundation and the U.S. Embassy, together with Ojas Art, celebrated Fulbright Day:  India on November 12, with the opening of the art exhibit “Reciprocation – American Fulbright Artists and India/Collaborations & Connections,” a unique collaboration between ten U.S.artists (recipients of Fulbright Fellowships) and an equal number of Indian artists.  The celebration was marked by the presence of the U.S. Chargé D’Affaires Patricia A. Lacina, USIEF Executive Director Adam Grotsky, U.S. Embassy Minister Counselor for Public Affairs Gloria F. Berbena, and Cultural Attaché Anthony Miranda, along with Fulbright alumni and individuals from the art world.

For information about the Fulbright and Fulbright-Nehru fellowships, including opportunities for Indian participants, please visit: www.usief.org.in