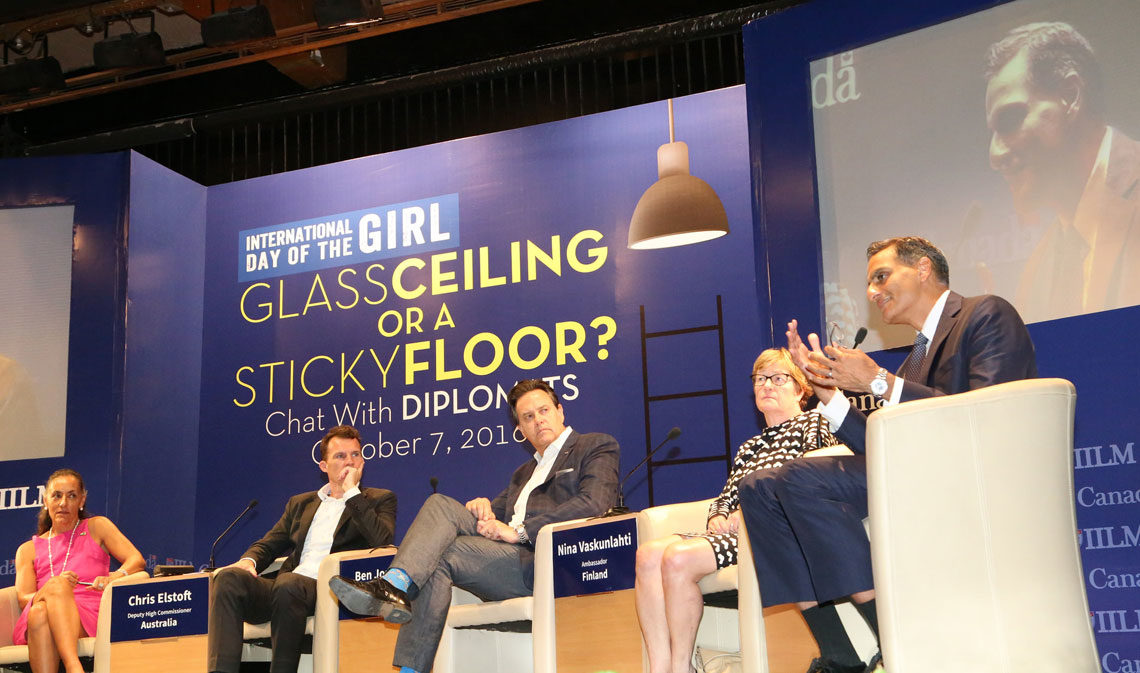 To commemorate the International Day of the Girl on October 11, over 20 diplomatic missions in New Delhi have come together to organise a range of activities highlighting the importance of the rights of women and girls around the globe.

Girls face discrimination and unique obstacles in many parts of the world simply because of their gender. Challenges such as early and forced marriage, violence, poverty and other socio-economic barriers often prevent girls from realizing their full potential. This year, for the first time, the undersigned diplomatic missions and key government, local and international partners have organized a series of activities for International Day of the Girl to increase awareness and promote discussion on the importance of girls’ empowerment for the benefit of society’s economic and social progress. The initiative also aims to support and complement India’s Beti Bachao-Beti Padhao campaign. The following activities will take place from October 7 to 11.

October 10 and 11: As a visual expression of support for the International Day of the Girl, participating missions will illuminate their buildings with pink lights, and the Archaeological Survey of India will light-up the Qutub Minar in pink. Other activities such as “Bring your daughter to work” are also on tap.

Activities guide: In collaboration with several multilateral agencies and local partners, the foreign missions have produced an “International Day of the Girl Activity Guide” which can be used as a tool to educate and build awareness among students. The guide presents facts and activities that educators can use to highlight the challenges that girls face. The guide includes links to films and videos available to schools for screenings. The guide also promotes “Gender Champions,” an initiative by the Ministry of Women and Child Development that encourages the establishment of “Girls Clubs” in schools to promote greater awareness about girls’ rights, justice, and gender equality.

Social media: All activities will be promoted on social media. We invite you to join in the International Day of the Girl campaign with the following hashtags: #IDGC2016, #BetiBachaoBetiPadhao, #IDGCINDIA, #DadsandDaughters, #SelfiewithDaughter.

Note for editors: In 2011, the United Nations General Assembly adopted a resolution declaring October 11 as International Day of the Girl. The day aims to galvanize global commitments to end gender stereotypes, discrimination, violence, and economic disparities that disproportionately affect girls.

This is the second multi-mission initiative this year. In June, 27 foreign missions in Delhi organized a series of activities to mark of LGBTI Pride month.