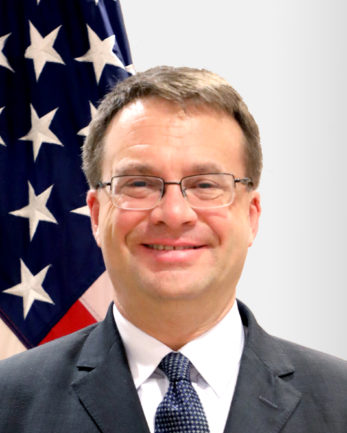 Edgard D. Kagan assumed the position of Deputy Chief of Mission in New Delhi on July 31, 2019, after serving two years as the U. S. Consul General in Mumbai. He served previously as Deputy Chief of Mission of the U. S. Embassy in Malaysia, Deputy Director of the U. S. Mission to the UN’s Washington Office, and as Deputy Assistant Secretary in the Bureau of East Asian and Pacific Affairs.

A Foreign Service officer since 1991, he served at U. S. Embassies in Australia, China, Israel, Hungary and the Ivory Coast. He also served as Director of Korean Affairs and had tours of duty in the Office of Chinese and Mongolian Affairs as well as on the Policy Planning Staff.