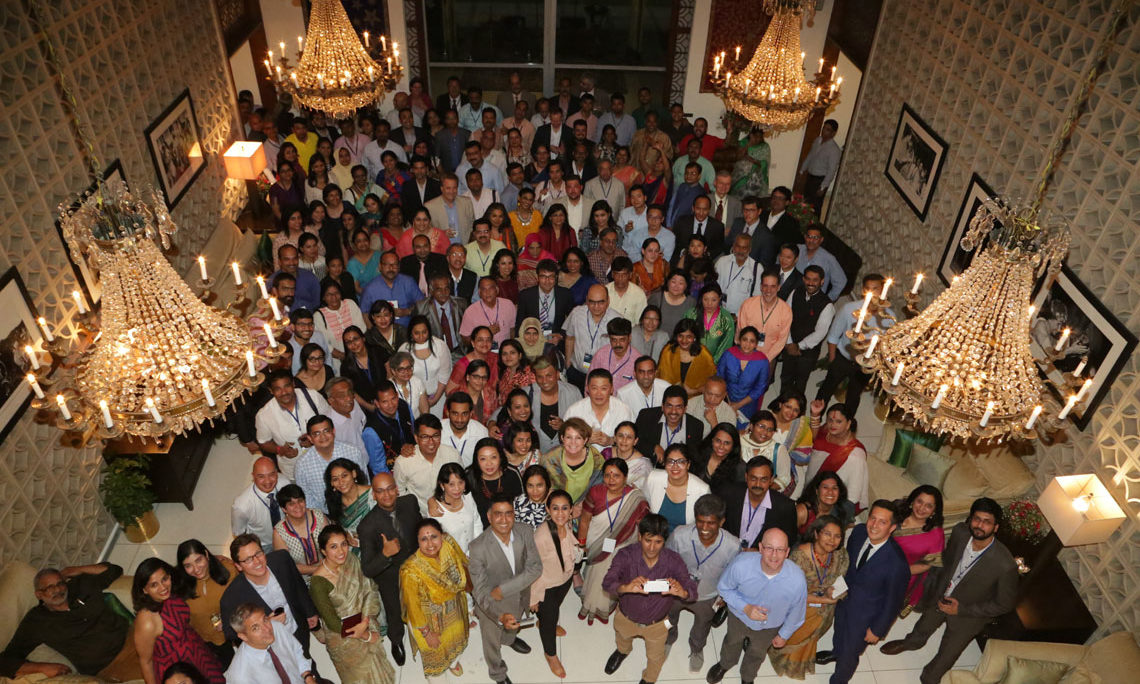 Indian and Bhutanese alumni at a reception hosted by CDA Carlson during the “Building Bridges through Exchanges” national alumni conference in New Delhi in April 2017.

Each year, the U.S. Mission to India sends approximately 300 people on various short-term and long-term professional, academic, and cultural exchange programs ranging from high school students to mid-career professionals from one week to two years in length.  Some of these are world-wide programs sponsored by the U.S. Department of State’s Bureau of Educational and Cultural Affairs (ECA), others are regional programs funded by the Bureau of South and Central Asia Affairs, and yet others are specific to Mission India.  Learn more about these exchanges programs here.  The Mission’s exchanges team also coordinates Bhutanese exchange participants and the congressionally-mandated Tibetan Scholarship Program. The U.S.-India Educational Foundation (USIEF) implements separately our binational U.S.- and Indian-government funded Fulbright-Nehru academic fellowships.  To learn more about our exchange programs, and their eligibility criteria and nomination process, or to suggest a new program please email us at ExchangesIndia@state.gov.

Participation in an exchange program is not a one-time event, but rather the beginning of an exchange of ideas that continues throughout a participant’s life.  With approximately 16,000 alumni of U.S. government-sponsored exchange programs (click here to learn more about who is considered an alumnus), India has one of the largest and most diverse U.S.-government exchange alumni communities in the world.  Over the years, hundreds of former exchange program participants have risen to important positions in India including four prime ministers, two presidents, multiple ministers and legislators, as well as luminaries from the media, civil society, and business fields.

In April 2017, alumni from India and Bhutan gathered in New Delhi for the first national alumni conference in recent years. See here for the highlights.

During 2014-16, about 160 alumni of various youth exchange programs and the English Access Microscholarship program from 18 different states were brought together under the I Have a Dream: Leadership and Mentoring Program for Exchange Alumni. These alumni, between the ages of 18-26 years of age, were paired with over 60 mentors, who were alumni of other professional and academic exchanges programs. The project’s objective was to increase self-awareness, leadership, and professional skills of the participants through leadership development workshops, encouraging them to take on more responsible roles in their communities and surroundings.

In 2016 two groups of alumni from India were selected to participate in the annual Alumni Engagement Innovation Fund with projects focused on climate change and environmental protection and empowering women and girls.

If you are an alumnus(a) of our exchange programs, write to us at ExchAlumni@state.gov to see how you might be able to get involved with the community. 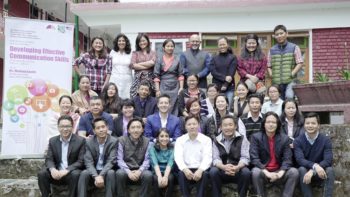 One of the Mission’s top priorities is improved bilateral relations, with an emphasis on economic, scientific, and educational ties.  India has the world’s second largest higher education system and is the second highest sender of students to the United States after China.  The Mission is focused on increasing the number of exchange students, institutional partnerships, and opportunities for U.S. higher education institutions.

The higher education unit routinely meets with university leadership, administration, and faculty to discuss opportunities for increased collaborations with Indian partner institutions.  It also follows developments in the Indian higher education sector, including the drafting of a new National Education Policy.

The Mission’s public affairs, consular, and foreign commercial services sections work closely to promote U.S. higher education throughout the year, but especially on Student Visa Day and during International Education Week, which coincides with the release of the Open Doors report on international education.

The Department of State’s Passport to India initiative aims to increase the number of American students studying and interning in India.  In February 2016, Passport to India organized a workshop at the American Center followed by a reception at Roosevelt House for over 150 educational stakeholders.  In June 2016, the initiative’s “The Importance of India” MOOC was launched on Coursera with several thousand enrollments.

In June 2016, the Embassy and the University Grants Commission announced eight institutional partnership projects for the fifth and final round of the U.S.-India 21st Century Knowledge Initiative awards.  The initiative aims to strengthen collaboration and build partnerships between U.S. and Indian institutions of higher education.

Open Doors Report on Indian and Bhutanese Students in U.S.