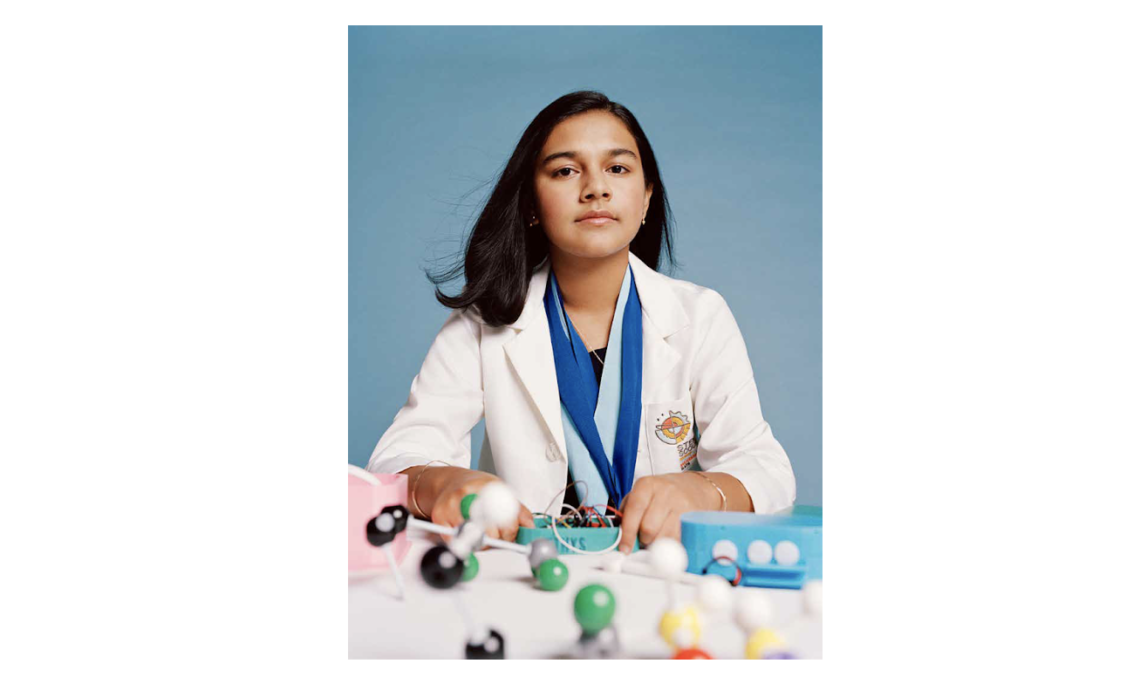 Chennai, February 7: To celebrate the International Day of Women and Girls in Science, the U.S. Consulate General in Chennai, in coordination with U.S. Consulates General Hyderabad, Kolkata, and Mumbai will feature Gitanjali Rao, an Indian American teen inventor and scientist, on Friday, February 11, at 6:45 p.m. The virtual program, the sixth event of U.S. Mission in India’s #DiasporaDiplomacy series, includes a screening of the five-minute American Film Showcase documentary “Search on: Positive Current.” The film highlights one of Rao’s inventions—a mobile device that detects lead contamination in water.

Garvita Gulhati, a Bengaluru-based environmental activist known as the “Water Girl of India” and founder of the NGO “Why Waste?” will interview Rao about her inspiring journey growing up as an Indian American with a passion for science, technology, engineering and mathematics (STEM). In addition to sharing her vision of how STEM girls can change the world, Rao will discuss U.S. experiential learning opportunities and STEM education in American schools.

Ahead of the event, Consul General of the U.S. Consulate General in Chennai Judith Ravin noted, “We are excited to host Gitanjali Rao on the International Day of Women and Girls in Science as part of our #DiasporaDiplomacy speaker series. On behalf of the U.S. Mission in India, I applaud Gitanjali for her accomplishments, which serve as an inspiration for youth, especially girls, to consider STEM subjects in their future careers in order to solve global issues. The United States is a leader in STEM education and innovation. We welcome interested students who aspire to study in the United States and transform their dreams into reality.”

Rao was named TIME magazine’s first-ever Kid of the Year in 2020 in recognition of her innovations and the STEM workshops she conducts for youth across the globe, including India. Register for free to take part in this virtual program: Registration link

Rao will engage with the audience. Viewers are encouraged to leave their questions in the Zoom Q&A chat box during the program.

Sundar Pichai. Sunita Williams. Vivek Murthy. From winning the spelling bee, to running some of our biggest companies, to having a voice at the table in the federal government, Indian Americans contribute immensely to America’s story. What is the secret of their success?  Through a series of conversations, #DiasporaDiplomacy informs, acknowledges, and celebrates the identity, achievements, and assimilation of the Indian American diaspora in America’s multicultural fabric.  Indian American achievers from different walks of life feature as guest speakers to talk about their journeys, highlighting America’s promise through personal and collective prisms. Join U.S. Mission in India as we highlight the extraordinary contributions of the Indian American community in business, academia, politics, space, the arts, and civil society.

Gitanjali Rao is an inventor, aspiring scientist, author, speaker and active promoter of STEM education around the world. She was recognized as America’s Top Young Scientist and was a recipient of a U.S. Environmental Protection Agency Presidential award for her invention of Tethys, an early lead contamination detection tool. Her invention, an anti-cyberbullying service called Kindly that uses AI and Natural Language processing, made an impact. She was honored in Forbes’ 30 Under 30 in Science in 2019 and TIME Magazine’s Top Young Innovator and first-ever Kid of the Year for her innovations and promotion of STEM education. She has inspired over 58,000 students in the last two years across six continents and 37 countries through her workshops.

Gitanjali is the author of the book A Young Innovator’s Guide to STEM, which guides students and educators through a self-developed prescriptive five-step innovation process. The book is adopted formally as a STEM curriculum in Kakuma Refugee Camp Schools in Kenya and a few high schools in Ghana. She was honored as one of America’s Top Youth Volunteers by Prudential in 2021 and was appointed as a UNICEF Youth Advocate for using science to tackle social problems. She recently received a grant as a National Geographic Young Explorer for promoting STEM education.