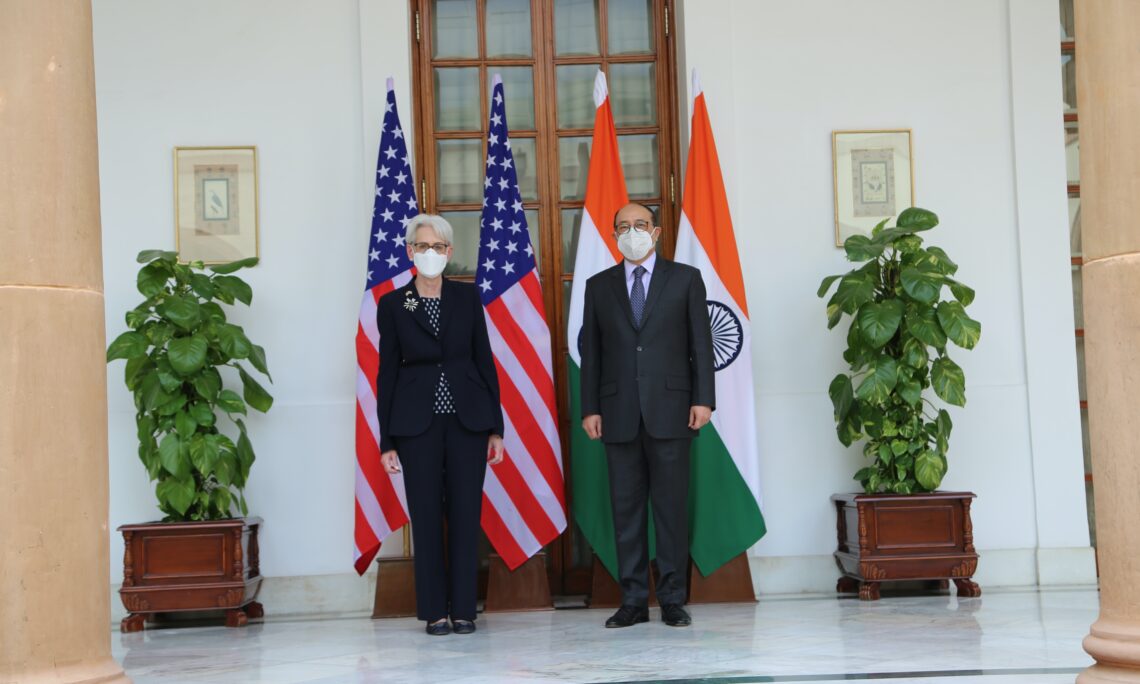 The below is attributable to Spokesperson Ned Price:

Deputy Secretary of State Wendy R. Sherman had a substantive and in-depth meeting in Delhi with Indian Foreign Secretary Harsh Shringla. The Deputy Secretary and Foreign Secretary discussed the growing security, economic, and Indo-Pacific convergence between India and the United States, including around ending the COVID-19 pandemic, combating the climate crisis and accelerating clean energy deployment, deepening trade and investment ties, and expanding cooperation on cybersecurity and emerging technologies. Deputy Secretary Sherman expressed the United States’ gratitude for Prime Minister Modi’s announcement that India, which is the world’s largest vaccine producer, would soon resume exports of COVID-19 vaccines.