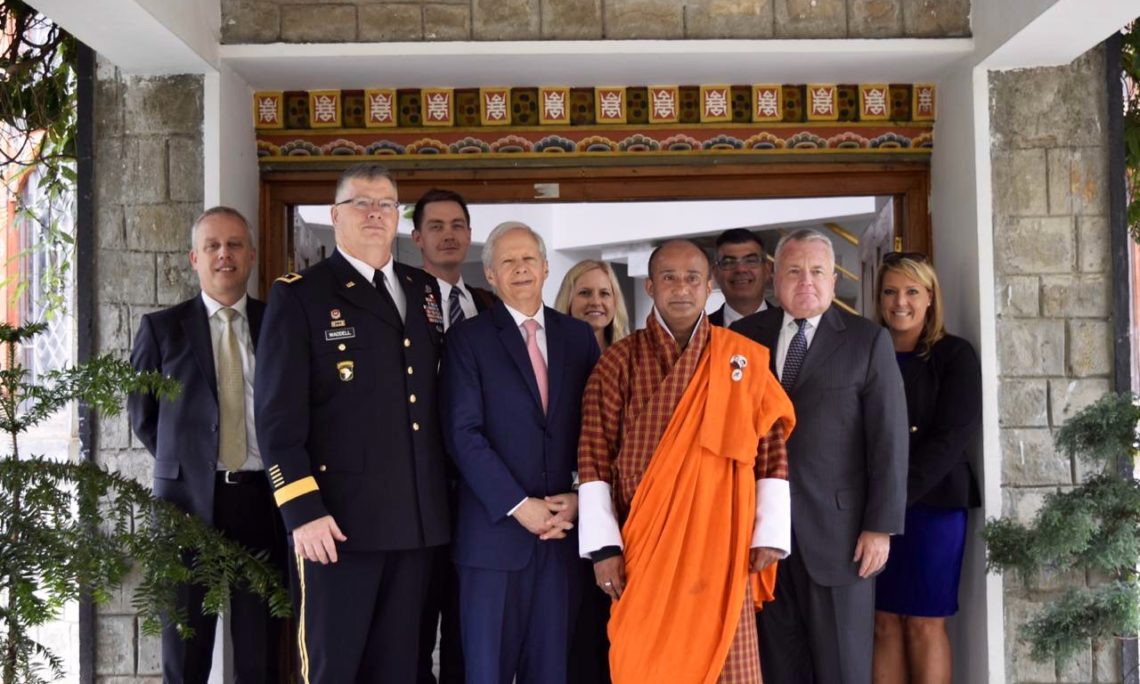 The following is attributable to Spokesperson Morgan Ortagus:‎

Deputy Secretary of State John J. Sullivan traveled to Thimphu, Bhutan, from August 12-13. In meetings with His Majesty King Jigme Khesar Namgyel Wangchuck, Prime Minister Tshering, Foreign Minister Dorji, and Minister of Economic Affairs Sharma, Deputy Secretary Sullivan discussed a range of issues, including the importance of protecting and enhancing a rules-based order in the Indo-Pacific region. He also discussed the importance of expanding our two nations’ people-to-people ties and enhancing joint efforts to combat trafficking in persons. In a meeting with the Loden Foundation, the Deputy Secretary learned about efforts to promote entrepreneurship and cultural preservation in Bhutan. The Deputy Secretary affirmed the United States’ support for science, technology, engineering, and math activities that aim to benefit Bhutanese students, teachers, engineers, scientists, and entrepreneurs.