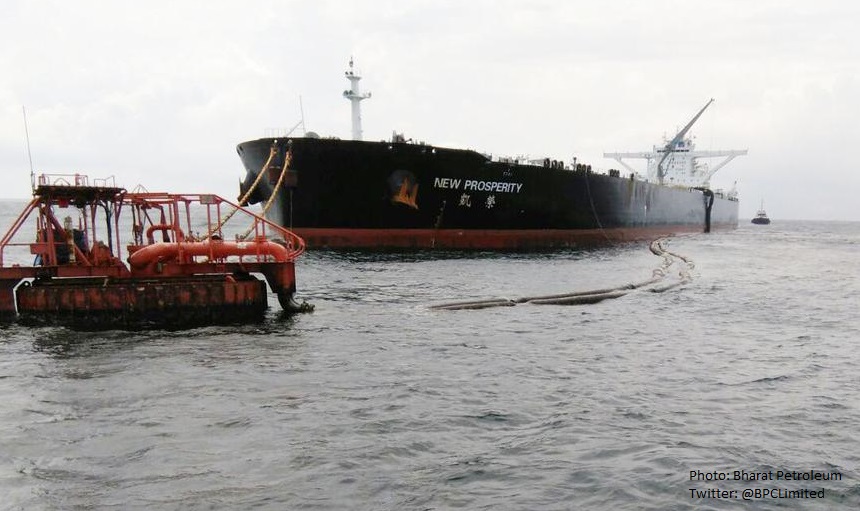 New Delhi — On October 2, the first in a series of shipments of U.S. crude oil to India arrived at Paradip Port in the Indian state of Odisha.  The shipment was met by United States Consul General to Hyderabad, Katherine Hadda; Joint Secretary for International Cooperation from the Ministry for  Petroleum and Natural Gas, Sunjay Sudhir; and Joint Secretary, Americas Division, from the Ministry of External Affairs, Munu Mahawar. This is one of the first shipments to India since the United States stopped oil exports in 1975, and follows recent commitments to U.S. oil purchases by Indian Oil Corporation (IOC) and Bharat Petroleum (BPCL).  IOC and BPCL have placed orders for over 2 million barrels from the United States.  U.S. crude oil shipments to India have the potential to boost bilateral trade by up to $2 billion.

MaryKay Carlson, Chargé d’Affaires at the U.S. Embassy in New Delhi said “This event marks a significant milestone in the growing partnership between the United States and India.  The United States and India are elevating our cooperation in the field of energy, including plans for cleaner fossil fuels, renewables, nuclear, and cutting edge storage and energy efficiency technologies.  We look forward to working together on further sales of U.S. crude and exploring opportunities to expand the role of natural gas in India.”

“Energy and energy security are pillars of any strong economy.  The United States looks forward to expanding our cooperation with India in this area, in my consular district of Odisha, Andhra Pradesh, and Telangana, our partnerships with various stakeholders on clean energy projects will continue to strengthen,” stated Consul General Hadda.

During their June 26 meeting in Washington, President Trump and Prime Minister Modi committed to expanding and elevating bilateral energy cooperation through a Strategic Energy Partnership. The leaders called for a rational approach that balances environment and climate policy, global economic development, and energy security needs. President Trump affirmed that the United States continues to remove barriers to energy development and investment in the United States and to U.S. energy exports so that more natural gas, clean coal, and renewable resources and technologies are available to fuel India’s economic growth and inclusive development.