Home मुखपृष्ठ | News & Events | Beyond the Election — The Future of India-U.S. Relations 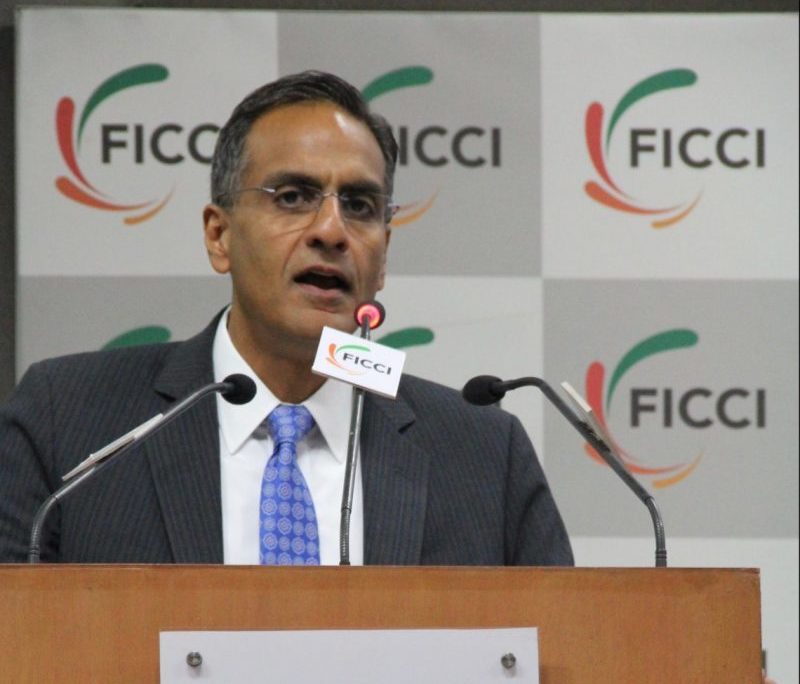 Thank you to FICCI and Brookings India for organizing this important event on the U.S. election and the future of our partnership.  I’d like to especially thank Dhruva Jaishankar and Rajan Bharti Mittal.  The last time I spoke in this room was during the second annual U.S.-India Strategic and Commercial Dialogue, for the Innovation Forum.  FICCI and Dr. Singh were excellent co-hosts for that memorable gathering, and it’s good to be back.

On Wednesday morning here in New Delhi, we witnessed the culmination of a two year hard fought presidential campaign.  Many of you here were at the reception I hosted at the Embassy where Americans and Indians alike watched anxiously as the results came in.  No one can doubt the excitement of American democracy in action.  In their post-election speeches, both President-Elect Trump and Secretary Clinton urged Americans to come together and put this divisive campaign behind us.  President Obama and President-Elect Trump met for 90 minutes at the White House yesterday to start the peaceful transition of power, which is a hallmark of our democratic system.  President Obama said it nicely on Wednesday, with these words:  “The day after [the election], we have to remember that we’re actually all on one team.  This is an intramural scrimmage.  We’re not Democrats first.  We’re not Republicans first.  We are Americans first.”  This is an important message to remember.

Two more new Indian-Americans will join the re-elected Californian Congressman Ami Bera in the House of Representatives: Ro Khanna from California, and Raja Krishnamoorthi from Illinois.  We’ve come a long way from the time when I was working in the House of Representatives as an intern in 1987.  Back then you could count on one hand the number of Indian-Americans working on Capitol Hill – those days are well behind us.

I am reminded of all those who worked so hard to make moments like this possible.  As you walk through the Capitol Building, just off the Speaker’s gallery, there is a beautiful painting of Dalip Singh Saund, the first ever Indian American elected to Congress in 1957, where he served for six years.  Originally from Punjab, he immigrated to the United States via Ellis Island in the early 1920s.  He would pursue his education, and later take up farming.  The rest, as they say, is history.  Many more of you have also made important contributions to open these doors to American political institutions, and so many of you have also worked tirelessly on U.S.-India ties – like Ambassadors Sibal and Singh, and so many others in this room.  It is wonderful to see the fruits of those labors paying off.

As events unfold over the next several weeks of the transition, a new cabinet and administration priorities will emerge.  There is no question in my mind that further building and strengthening the U.S.-India relationship will be one of those top priorities.  Let me give you four reasons why I believe that to be the case:

1 – First, a strong bipartisan consensus on the importance of the U.S.-India relationship exists, and that consensus has only grown and strengthened over the years.  Anyone who saw the Prime Minister’s speech before Congress this past summer realized that both Republicans and Democrats enthusiastically embraced our enhanced ties, rising to their feet in applause numerous times.  As many of you know, one of the single largest caucuses in the House and in the Senate is the U.S.-India Caucus.  In a time of deep political polarization in our country, enhancing the United States and India partnership is something that is refreshingly unifying, across the political divide.

And, as you look at the gains over the years in the relationship, particularly over the past 20 years, those have occurred in Republican and Democratic Administrations.  President Clinton’s visit was in many ways a landmark moment; President Bush’s embrace of the civil nuclear cooperation and the defense framework deepened our strategic cooperation; and President Obama over the past eight years has taken our ties to new heights, with significant advances in defense, clean energy, health, science and innovation.  And, I’m confident this trendline will continue.

2 – Second, we have greater convergence on the big issues of the day.  If we previously spent the bulk of our bilateral relations engaging in cordial but on separate political, economic and strategic tracks over the years… well, those tracks are now converging.  We’ve made it clear, perhaps in a way that it wasn’t before, that we support India’s rise as a global power, with a key role in international institutions, a seat on a reformed UN Security Council, a role within the major export control regimes, and with the military capabilities to project power and to be a provider of security across the Asia Pacific.  This view has freed us from thinking on a transactional basis.  The United States’ view is now quite straightforward – and it was echoed by Prime Minister Modi in his address to the Congress when he said, “a strong and prosperous India is in America’s strategic interests.”  It’s that simple.  It’s that important.  And this philosophy has helped drive our cooperation upward, deeper and closer.

We see the practical impact of this view in our embrace of a Joint Strategic Vision for Cooperation across the Asia Pacific, a landmark agreement our two leaders entered into in January of 2015, and one that stands for the peaceful resolution of disputes, freedom of navigation, counter piracy, counter WMD, economic integration and so much more.  We see the impact in our counter-terror declarations and the unity of our condemnation of terrorism of all forms, including cross-border terror.  We see our renewed convergence on issues related to Afghanistan, our trilateral cooperation with Japan, the increasing complexity, pace and character of our military exercises, and we see it in a recent and historic designation of India as a Major Defense Partner.

Even on issues that had divided us in recent years – climate change for example – have come into convergence.  Who would have thought that the United States and India would lead the world to a global climate agreement in Paris?  And again just last month in Kigali, we sealed another agreement to scale back deadly HFC gases.  This is the new normal – strategic, political and economic convergence.

3 – Third, we have demonstrated such significance progress in key areas, and importantly our people have seen and felt the positive impact of our cooperation.  It’s an oft-quoted saying, but success begets success, and that’s what we’ve witnessed.  Let me give you some specifics:

I give you some of these numbers and anecdotes to let you know that our relationship is not one just based on rhetoric, but results.  We are delivering for our people.  And in this era of doubts about the benefits of globalization – this is one important example of success that stands out in the crowd.  Obviously, we could do even better, and we have set lofty goals.  And certainly, we are not synchronized on 100% of our issues – but no two countries can be.  But as the Prime Minister has said the past summer, he views the United States as an indispensable partner in almost every sector – and that is reassuring, it is confidence building, and I believe it is irreversible.

4 – Fourth, our people to people ties and shared values will continue to pull our two countries together.  With some 3.5 million Indian Americans, and even more from the subcontinent, the natural gravitational pull between our nations will always be there and it’s getting stronger.  And, as the former Ambassadors gathered here know all too well, they are doing amazing things.  Yes, obviously in Silicon Valley and in medicine, but as we saw this week, they are increasingly making their mark in the fields of public policy, law and social justice.  Increasingly, many are coming back here to give back to the land of their roots, either on short term assignments or to move back permanently.  When I’ve traveled across India – and I’ve covered some 24 states now – I get to meet this vast network of people who have ties to the United States – a cousin, a sister, brother, friend, uncle or aunt; they are the glue that binds us together.

It’s not only the people, it is also the values we hold dear and share together.  We are, for example, both constitutional democracies, inclusive societies, protective of minority rights, guaranteeing freedom of assembly, speech and religion.  We believe in the rule of law, we oversee our militaries by civilians, and we resolve disputes peacefully.  Not every country in the world has chosen the systems we have.  That’s why in today’s world, where the post-World War II order and its institutions are increasingly under assault, the US and India are such natural partners or “natural allies” as the PM likes to say – to reinforce and bolster the norms, rules and bodies that we have come to rely on and to keep our world peaceful and prosperous.  This is the vision that PM Modi and President Obama have set forth: if the United States and India are the closest of partners, then the world will be a safer place.  It’s that simple.

So as you can see, I am bullish about our future and confident our strong relationship will continue into the next administration.  As I look back on the past two years – and I use two years not only because that measures my time here in India, but it was also just over two years ago that Prime Minister Modi went to Washington for his first meeting with President Obama – it’s been one of the best two-year periods in our relationship.  I’m so grateful to the Embassy team and our colleagues across the Indian Government who have worked so hard over many, many years to get to this point.  I wish you a successful event today and assure you that we are committed to making this relationship even stronger in the years ahead.