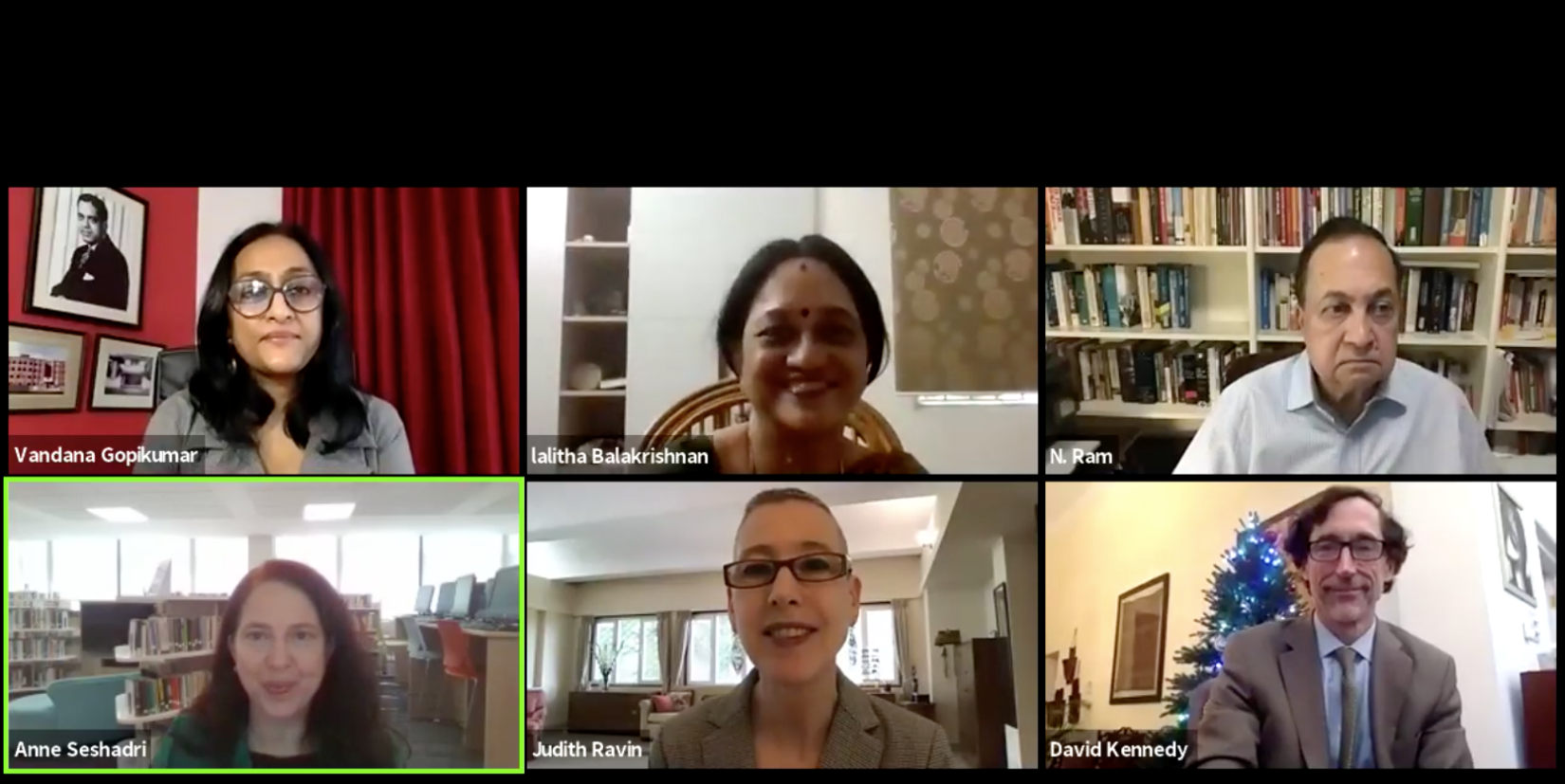 Chennai, Dec 18:  The U.S. Embassy in India and the U.S. Consulate General in Chennai celebrated the 80th anniversary of the International Visitors Leadership Program (IVLP) flagship exchange by presenting the global 80 “Faces of Exchange (IVLP) Award” to Dr. Vandana Gopikumar, co-founder of Chennai-based non-governmental organization The Banyan and The Banyan Academy of Leadership in Mental Health (BALM) in a virtual program held today.

The U.S. Department of State, to commemorate the 80th anniversary of this prestigious worldwide exchange program, recognized 80 accomplished IVLP alumni as part of the “Faces of Exchange” initiative, focusing on their lives and leadership, and the impact of their exchanges on the global community.

During the “Faces of Exchange” virtual award ceremony and discussion forum, Consul General Judith Ravin congratulated Dr. Vandana “for her work and leadership that has enabled thousands of individuals with mental health issues in India to reintegrate into society.”

Upon receiving the award, Dr. Vandana said, “This is such an honor.  Thank you!  I think, this further strengthens the collaboration between The Banyan and the U.S. Consulate and is a symbol of all that our organizations and countries stand/should stand for – justice, inclusive development, and equitable growth.  I am also glad that mental health, typically relegated to the margins, has taken center stage, as it should, as a result.”

Dr. Vandana, who traveled to the United States on an IVLP on NGO Management in August 1998, is recognized for her work in the field of mental health.  Dr. Vandana Gopikumar is a co-founder of The Banyan and The Banyan Academy, organizations that address structural barriers and mental health concerns amongst ultra-vulnerable groups located in Kerala, Maharashtra, and Tamil Nadu. The Banyan’s goals of social inclusion and participation led to the development of two new models of care, widely recognized and taken to scale.

Dr. Vandana received the 2018 Penn Nursing Renfield Foundation Award for Global Women’s Health and the 2017 World Health Organization public health Award in recognition of her services focused on those who live on the margins, particularly women.  She was also a member of the first Mental Health Policy Group constituted by the Government of India.

For the last 80 years, the International Visitor Leadership Program (IVLP) has brought thousands of professionals to the United States to cultivate relationships with their American counterparts and address a wide variety of foreign policy issues.  Since the first IVLP exchange participants arrived in 1940, the network has grown to include over 225,000 alumni from 160 countries and continues to build vital linkages between U.S. citizens and emerging international leaders.

Dr. Vandana is one of two recipients in India. The other recipient is Dr. Sunitha Krishnan, founder of Prajwala, a non-governmental organization in Hyderabad that rescues, rehabilitates, and reintegrates sex-trafficked victims into society.