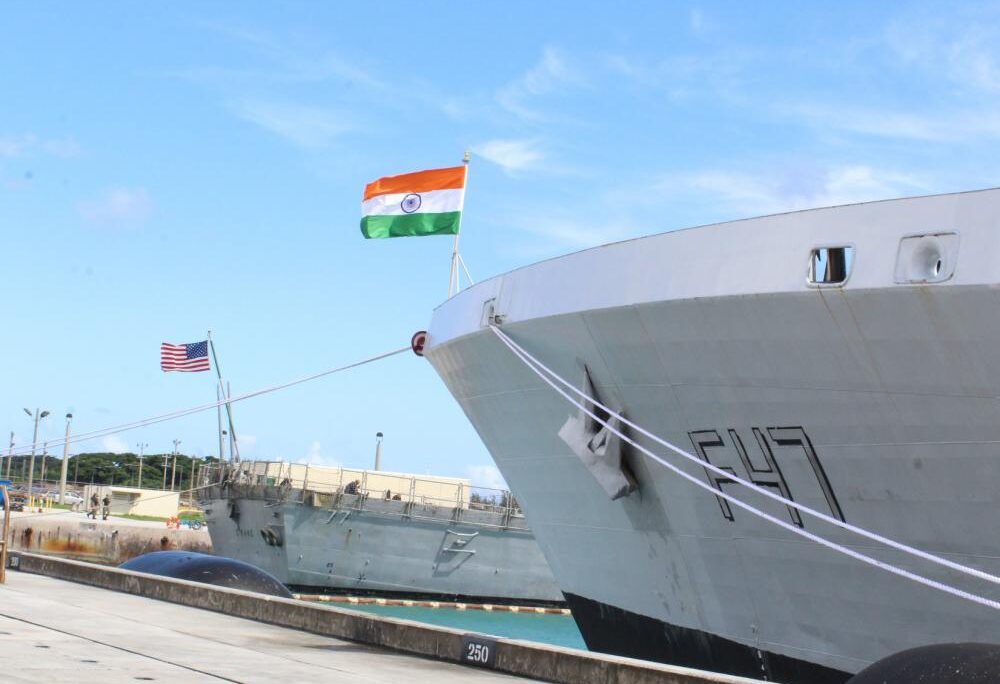 MALABAR is an annual maritime exercise that enhances planning, training, and employment of advanced warfare tactics between the Royal Australian Navy (RAN), Indian Navy (IN), Japan Maritime Self-Defense Force (JMSDF), and U.S. Navy which demonstrates the commitment between like-minded nations to upholding a rules-based maritime order in the Indo-Pacific.

“MALABAR 21 provides a wonderful opportunity to bolster our international partnerships,” said Cmdr. Chris Gahl, commanding officer, USS Barry. “Our team is excited to demonstrate [anti-submarine warfare] capabilities and to collaborate alongside our Indo-Pacific partners and allies. The lessons and tactics we share will enhance our strength and capabilities in supporting the common vision of a free and open Indo-Pacific.”

Elements of the Royal Australian, Indian, Japanese, and American maritime forces routinely operate together in the Indo-Pacific, fostering a cooperative approach toward regional security and stability to deter malign influence.

Under Commander, U. S. Pacific Fleet, 7th Fleet is the U.S. Navy’s largest forward-deployed numbered fleet, and routinely interacts and operates with 35 maritime nations in preserving a free and open Indo-Pacific region.