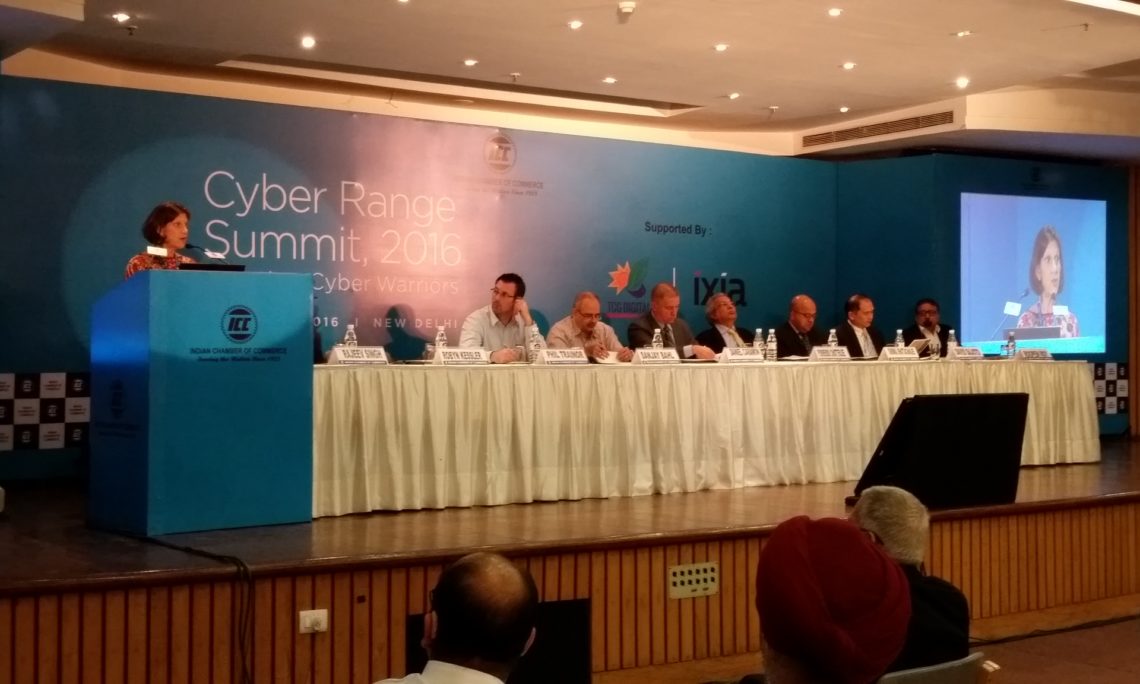 Thank you for this opportunity to address the 2016 Cyber Range Summit. The U.S. Mission greatly values the partnerships we have with the business community, and I commend the Indian Chamber of Commerce, The Chatterjee Group and Ixia for their leadership in organizing this event.

It’s a privilege to serve as the U.S. Ambassador to India at such a momentous and exciting time in the U.S.-India relationship.  In June, President Obama and Prime Minister Modi articulated a clear and ambitious vision for the U.S.-India partnership.  Next week, I will welcome to Delhi two champions of this partnership who are working to implement this ambitious vision:  Secretary of State John Kerry and Secretary of Commerce Penny Pritzker. They will be in town to lead the  second U.S.-India Strategic and Commercial Dialogue, alongside their counterparts, Ministers Swaraj and Sitharaman.  The Strategic and Commercial Dialogue brings together our governments to advance shared priorities in regional security, defense, trade, economic growth, improving the investment climate and more.

‎President Obama and Prime Minister Modi have committed our two nations to promote security and prosperity across the global domains, including air, maritime, space, and most critically, cyber.  In June, our leaders announced our intention to finalize a Framework for the U.S.-India Cyber Relationship and we look forward to the signing of the Cyber Framework Agreement as early as at next week’s Strategic and Commercial Dialogue.  We look forward to that signing as a key milestone in an increasingly broadening relationship with India on cyber issues, and look forward to building on that in the years ahead.

The Cyber Framework Agreement recognizes the shared principles that the United States and India prioritize in order to enhance and further institutionalize our broad-based cooperation on cyber issues.  These principles include:

Our nations will work together to share and implement cybersecurity information and best practices to mitigate cyber threats, strengthen critical Internet infrastructure, and promote cooperation in cyber-related areas including research and development, standards and security testing, law enforcement cooperation, and promoting voluntary norms. All these issues are discussed through the high level U.S.-India Cyber Dialogue, which we hope to convene again later this year.

While 2015 and 2016 yielded incredible results, we have even greater ambitions for the coming years.  I am confident that the U.S.-India relationship is poised to become a 21st-century alliance for global prosperity.