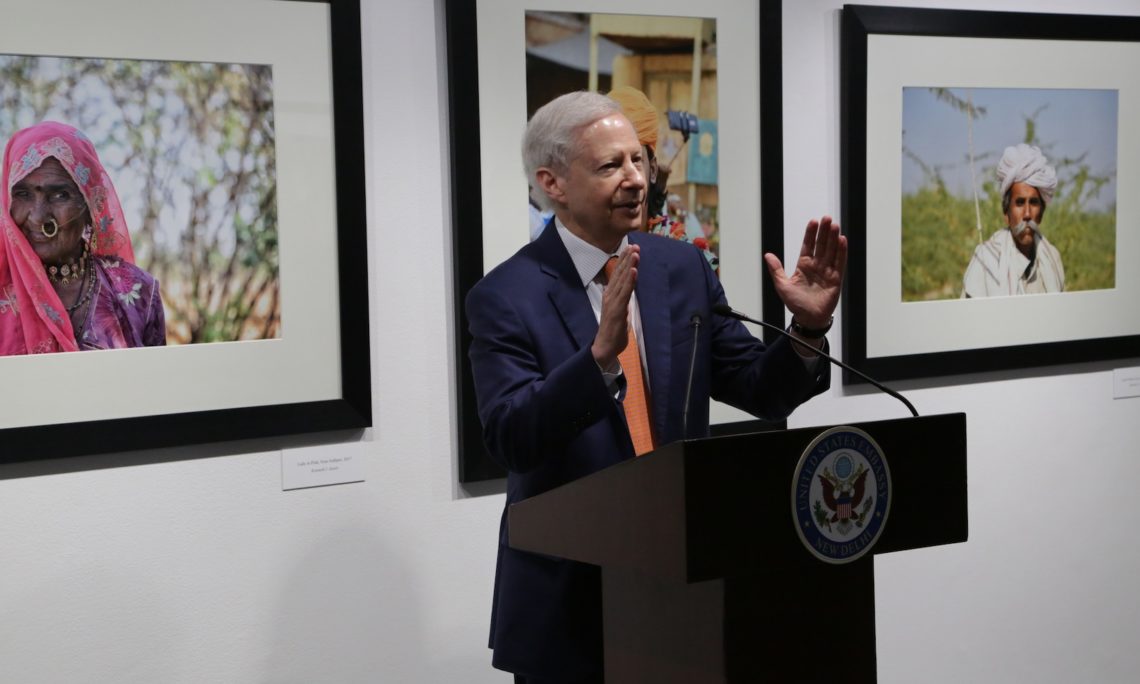 On Thursday, U.S. Ambassador to India Kenneth I. Juster inaugurated “Reflections of India:  More than 50 Years Apart” at the American Center in New Delhi.  The exhibition showcases photos taken by Ambassador Juster and his father, Howard H. Juster, who visited India in 1966.

“The exhibition is a combination of photographs that my father took in 1966 and that I have taken in 2017 and 2018,” Ambassador Juster said at the event.  “My father, who was an architect, focused on photographs of buildings.  While I also take architectural photos, I am fascinated as well by portraits of the people of India.”

The exhibition features 24 photos of individuals, life in India, and several famous landmarks.  Some photographs by father and son – including those of Humayun’s Tomb, Safdarjung’s Tomb, and the Pareshnath Jain Temple in Kolkata – show the same scene taken over fifty years apart, in 1966 and today.  These photographs detail how India’s landscape has changed even as some of its monuments endure over time.

In his remarks at the exhibition launch, Ambassador Juster thanked attendees for their interest in seeing his and his father’s works.

“My father was an avid photographer and the source of my passion for photography,” Ambassador Juster told the audience.  “I hope you enjoy the exhibition as much as I have enjoyed taking these photographs.”

“Reflections of India:  More than 50 Years Apart” will run from November 15 through December 6 at the American Center, 24 Kasturba Gandhi Marg, and is free to the public.