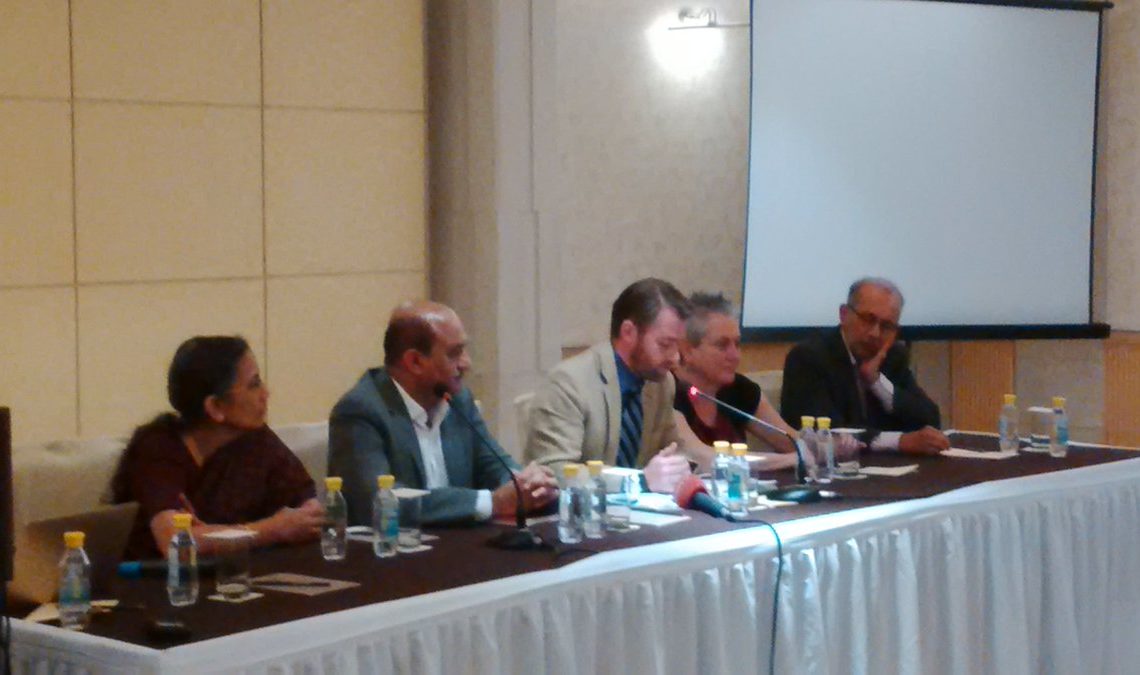 The Indo-US Science and Technology Forum, the National Institute for Environmental Health Sciences (NIEHS), the Centers for Disease Control and Prevention (CDC), sponsored the Indo-US Workshop to Explore Bilateral Research Opportunities to Address Air Quality and Health Issues from November 8-10 at the Indian Habitat Centre.  Research Triangle International and the Embassy of the United States of America in New Delhi also provided support to the event.  Sri Nadadur, Ph.D., the progenitor and primary organizer of this workshop, began laying its groundwork by organizing an informal group of U.S. and Indian scientists into three communities of research during his tenure as the Embassy Science Fellow in fall 2015.

Jairam Ramesh, Member of Parliament (Rajya Sabha) and guest of honor, applauded the scientists assembled for their efforts to study ambient air pollution, particularly by addressing the crop residue issue, and highlighted the importance of addressing water, chemical, and indoor air pollution.  George Sibley, Minister Counselor of the Economic, Environment, Science, and Technology Section of the Embassy of the United States of America, and Terry Gordon, Ph.D. of the NYU School of Medicine spoke before an audience of scientists about creating, maintaining, and expanding additional bilateral research opportunities to study this urgent question.

The workshop reviewed air quality and health research conducted by scientists in India and the United States.  Dr. Gulfran Being, Joint Director at the Indian Institute for Tropical Meteorology spoke about the institute’s efforts to monitor air quality within India and a professor at the Sri Ramachandra Medical College & Research Institute updated the audience on the status of air pollution population studies conducted in India.  The workshop also included two break-out sessions on air quality and health, and exposure assessment.  A distinguished panel reviewed the draft recommendations produced by the workshop and made recommendations to bolster the report that will be forwarded to the appropriate government points of contact for consideration.

This workshop underscores the importance of a clean and healthy environment, recognized by President Obama and Prime Minister Modi in January 2015.  It also actualizes additional progress on air quality cooperation, and demonstrates the important role of science to advance the economic development and wellbeing of people in both countries, as the two sides affirmed in August 2016.